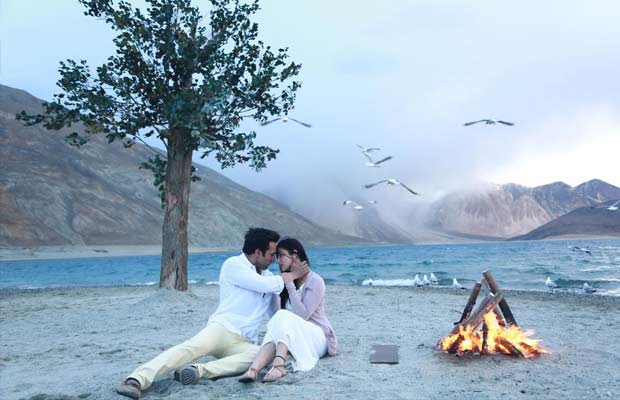 [tps_footer]Bollywood film ‘Sanam Re’ starring Pulkit Samrat and Yami Gautam is out with its title song and it looks quite impressive. Divya Khosla Kumar’s Sanam Re has already become the talk of the town with its trailer releasing and grabbing eyeballs – for its scenic locations across Ladakh, Kalpa and Calgary and the crackling chemistry between lead actors Pulkit Samrat, Yami Gautam and Urvashi Rautela.

Next in pipeline for the musical love story is the release of the soulful title track “Sanam Re” sung by the king of love, Arijit Singh and the music by Mithoon – The hit combo of Tum hi Ho. Divya, who clearly has a penchant for music, what with her directorial debut “Yaariyan” bagging all the music awards and topping the charts, is confident that the music of Sanam Re is sure to see the same fate. The melodious title track is a tribute to love, a love that is never together and yet never apart. Arijit’s voice lends soul to the song like no one else and the backdrop of the virgin terrain of Ladhak makes the same soul come alive on screen.

‘Sanam Re’ is an out and out romantic movie revolving around the lives of three leads of the film, Pulkit Samrat, Yami Gautam and actress Urvashi Rautela. All the three actors look amazingly hot which only adds to the beauty of every frame shot. Pulkit looks smoking hot with his well built body while Urvashi has already established herself as an actress with a pretty face and a body like a model. Yami Gautam adds her own charisma in between with her girl-next-door simplicity and elegance.

‘Sanam Re’ also stars Rishi Kapoor who narrates the story to us, being the grandfather of the main hero of the film. Pulkit and Rishi share a close bond where ever since the former was a little kid, he was sure that Yami Gautam is the love of his life. But soon circumstances tear them apart and Pulkit Samrat ends up shifting to city busy in the hustle life. That is where he meets Urvashi Rautela and the two develop feelings for each other. But then the hero returns to his hometown and gets reunited with the love of his life. Things get super confusing towards the end when despite coming back together, Yami decides to kick Pulkit out of her life. In the end who really ends up being together?

Pulkit Samrat and Yami Gautam’s trailer of ‘Sanam Re’ has received positive response from the audience. The film is scheduled to release on February 12, 2016.