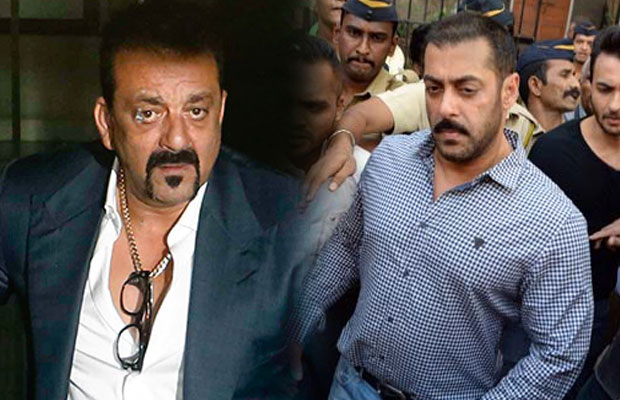 A lot has been spoken about Sanjay Dutt’s rivalry with superstar Salman Khan. The two actors apparently had a tiff when Salman suggested to drop actor Ranbir Kapoor from his upcoming movie.

However, Sanjay Dutt has finally spilled the beans over his rumoured fight with Salman Khan. Apparently, Sanjay has rubbished all such speculations putting the rumours to rest. Sanjay also was known as Sanju Baba also said that the latter is more like a younger brother to him expressing this pleasure on Salman’s acquittal from the double chinkara poaching case running at the Rajasthan High Court since 1998.

When Dutt was quizzed if he had wished Salman after his acquittal from the case, he said, ““I called him to wish. I feel happy for him. I don’t want Salman or anyone else to go through what I did. Somewhere justice prevailed. I am happy it happened.”

The actor spoke to the media on his birthday eve. He clarified that the friendship between the two never went sour.

He clarified, “He is my younger brother. He has always been will always be. God has given him all the grace and great success in life. l request everyone to not make it an issue. He is busy and so am I. We can’t meet daily. We met in Madrid(during IIFA). No one wrote about it. There is no fight. No one fights with your brother.”