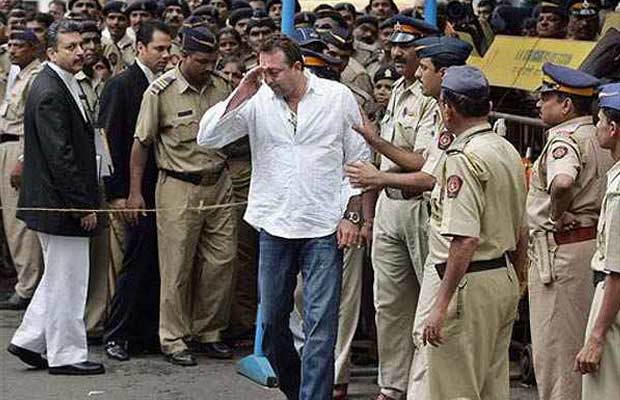 [tps_footer]Bollywood actor Sanjay Dutt will soon be a free man again as the actor will be releasing from Pune’s Yerawada Jail on February 25. Sanjay Dutt, who is currently serving his punishment for the illegal possession of arms in the 1993 Mumbai bomb blasts, will finally be released tomorrow at 10 am.

Reportedly, Sanjay Dutt might fly to Mumbai in chartered plane in order to avoid media frenzy and owing to its security reasons. It is expected that number of media vans would be turning out, to cover the actor’s jail release.

Also, it’s known that since last one week expressway has been shut down for traffic reasons and that might create a problem for Sanjay Dutt, as there will be a huge frenzy on the road. In order to avoid all these problems, Sanjay Dutt was advised to fly to Mumbai in a chartered plane rather than using roadway.

In the year 2013, the highest order of law Supreme Court sentenced him to five years in prison. Altogether, Sanjay Dutt was supposed to spend 42 months in prison excluding his 18 months in the year 1996. Excluding his parole, Sanjay Dutt has spent more than 50 months in jail and is coming out of the jail, 8 months before the release ends.

Sanjay Dutt’s release has become the talk of the town and with this security will be tightened outside his Pali Hill residence. Also, security has been already tightened outside Pune’s Yerwada Jail in order to avoid law and order problems.

Just like any other convict, he will be taken to the judicial section where his body mark identifications will be verified against those registered when he was taken to jail. Reportedly, Sanjya Dutt’s wife Manyata, kids and close friends will be moving to Pune to receive the actor. Well, the interesting thing of actor’s release is that Sanjay Dutt will be out of the jail with Rs 440 that he earned while making paper bags in jail.

Well, all the eyes are currently on Sanjay Dutt’s release![/tps_footer]