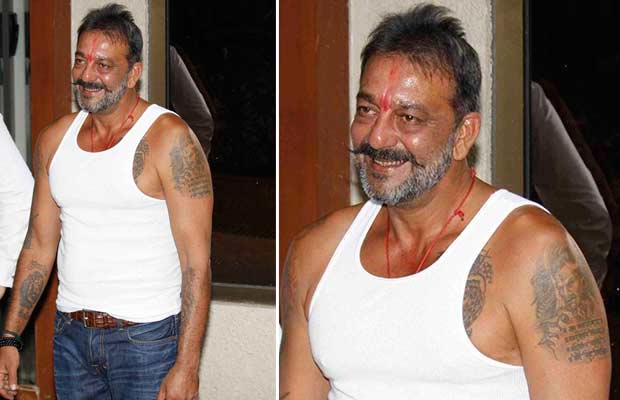 [tps_footer]Sanjay Dutt is gearing up for his first film after being released from jail, the actor has been sweating it out as part of his prep for Siddharth Anand’s next.

His character in the action flick requires him to perform commando- style stunts and the actor has been training in martial arts on the ground floor of his Pali Hill home.

However, he seems to want to keep those rigorous sessions low- key. Dutt has now covered the boundary of his house with green cloth after a snap of him boxing recently did the rounds.

But when he was recently clicked by the paparazzi in his boxing gloves, he got upset and decided to cover the training area so that such an episode is not repeated.

A source close to Sanjay Dutt confirms the story, adding, “He has been training at his building’s gym which has grabbed the attention of his fans and passersby, who tend to crowd the place. So, he has covered the area to avoid the disturbance.”

The actor wants to beat prying eyes peering into his training enclosure.

The film is the Hindi remake of Sylvester Stallone’s Rambo and involves some hardcore action for which the actor has been training religiously with master Shifu Kanishka Sharma.

The actor’s prep will continue for another month after which the film will go on floors.[/tps_footer]