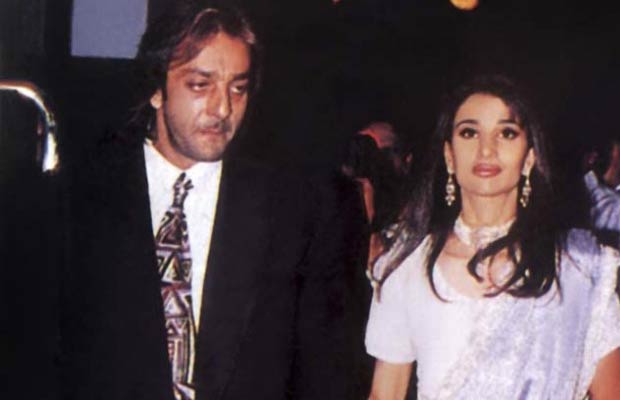 Just few days before Sanjay Dutt was released from Pune’s Yerwada jail, Trishala took to her twitter handle to share the note with a caption, “I found this note my mom wrote when she was dying…this was about 21+ years ago. Now I know where I get my writing skills from!….life is short….I miss her Destination.”

Written by her late mother, Richa Sharma, the note reads “We all walk together. Each one chooses their own path. I chose mine. But I am left in a dead end street. How do I go back? Do I get another chance? Time tells all. I’ll wait even if it takes long. I know deep inside there is no way I’ll be left behind. I still have hope. My guardian angel will take me some place where my dreams will be waiting. They will welcome me in with their arms open with care.” 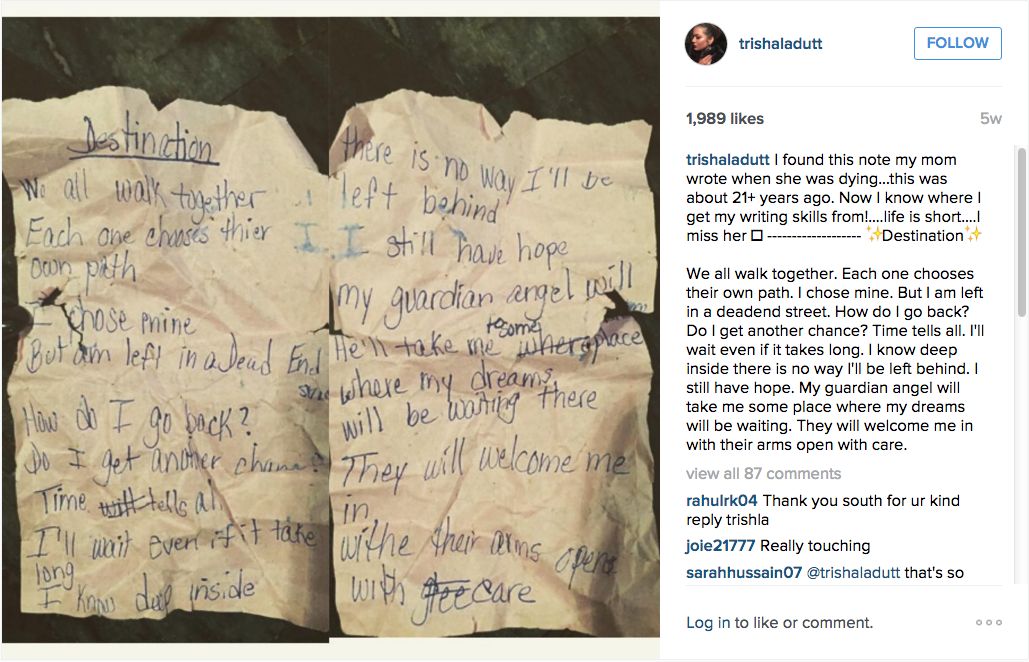 After having almost lost himself in the world of drugs, Dutt had found solace in a small time actress named Richa Sharma. The two had met each other at a rehab centre and later got married in 1987. They had a beautiful daughter Trishala, a year later. But as fate would have it, Richa was diagnosed with cancer barely two months after their daughter’s birth.[/tps_footer]