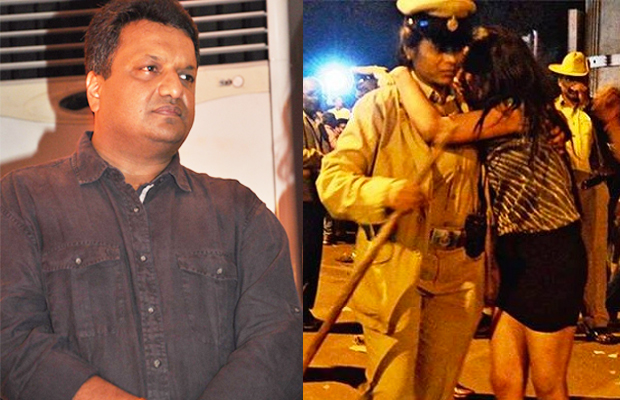 After the unfortunate incident of the Bengaluru molestation, the only question which on our minds is -“Are our daughters safe or not?”. Various celebrities spoke about the matter, expressing their anger and disgust.

In a press interaction,Kaabil‘s director Sanjay Gupta too spoke about the issue and responded, “I am extremely angry with this whole government and that’s just me. I’m not at all happy with everything that’s going on and this is the worst. Let me tell you something and here, I don’t want to be diplomatic. I have a daughter who’s going to grow up and I don’t want my daughter growing up in this world. I don’t want to tell my daughter that ‘beta don’t wear that skirt and go out’ and why should I say it to my daughter, if I’m not saying it to my son?”

He even commented on the Indian laws and added, “I can feel that way and I’m sure that people in power also have daughters and wives. Don’t they care about all this and how difficult is it to find those people? The biggest thing that angers me is that a convicted rapist ka mooh kyun dhak kar tum ghoomte ho and why are you giving him that privilege? Show his face to the world and who has made such rules and why? On the Nirbhaya thing, the sentencing is still left. Talking about Bengaluru, it’s no different from other cities. Bengaluru pe zyada bill phat raha hai, sab jagah hota hai, what matters where is it reported. This time it was on camera, so the media picked it up. Laws have to change.”