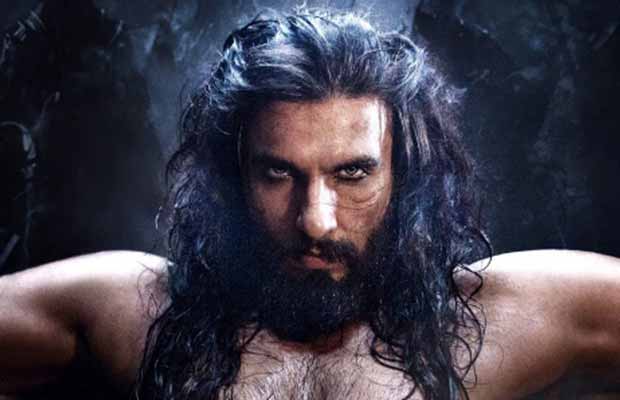 Ranveer SIngh’s first look as Alauddin Khilji in Padmavati has broken the internet, and both shocked and awed people. Menacing yet strangely attractive, Ranveer’s transformation for this role of a classic anti-hero is already visible and holds promise of an unforgettable performance that will become a benchmark in Hindi cinema. His collaborations with Sanjay Leela Bhansali, his mentor and autuer who has built his identity as an original voice and game changer, have often resulted in distinctive characters and very high impact performances from Ranveer. Previously, both Ram Leela and Bajirao Mastani were huge box office successes, and Padmavati, their third film together already looks bigger, better and more impactful.

Like legendary actor-filmmaker duos Robert De Niro- Martin Scorcese, Denzel Washington- Spike Lee, Tom Hanks- Steven Spielberg, the Ranveer- SLB duo holds potential of building celluloid legend and changing the way films are made in a certain milieu. Speaking about the artistic process that they have followed for Padmavati, Ranveer explains, ” Mr. Bhansali has unlocked my potential as an artiste in the truest sense. He has extracted from me some of my most special performances. He’s opened my eyes, expanded my universe and given me wings to fly. He’s managed to bring out that which I myself didn’t realise I had within me. He has had a profound influence on me as an artiste- he has moulded me into the artiste that I am today. He has pushed me beyond barriers and has made me believe in the notion that there are no limits to what I can achieve as a performer. We have a very special connection – something the entire fraternity and audience acknowledges and recognizes. And this is most evident when we collaborating on a hot set together – when we are in the thick of shooting a scene – that’s when the chemistry can be witnessed in all its glory. Being directed by Him is by far one of the most rewarding and fulfilling creative experiences I have had in my entire life. His relentless pursuit of excellence inspires me to raise my game every single time I go out and perform.”

Ranveer’s explanation of this process is fairly accurate as both have put their heads together, sometimes quite literally, to come up with two distinctive roles before. In Ram Leela, Ranveer played a flamboyant, colourful and all heart romantic hero, a performance that became a break out performance in a blockbuster. In Bajirao Mastani, he adopted to the role of a powerful, magnetic warrior and hero effortlessly. Esteemed critic Baradwaj Rangan had commented on this highly applauded performance as, “Ranveer Singh plays the first half of the title in Bajirao Mastani, but he’s really playing the Sanjay Leela Bhansali leading man. This isn’t a revelatory performance, exactly. After all, Ranveer did play the Sanjay Leela Bhansali leading man in Goliyon Ki Rasleela: Ram-Leela, and here too, his character, that of the great Maratha warrior, is torn between the pull of a great love (the second half of the title, played by Deepika Padukone) and the pull of family, which includes wife Kashi (Priyanka Chopra). But despite this familiarity, the performance is still an exhilarating mix of fireworks and thunder and lightning, if only because Ranveer Singh is the first leading man in a Sanjay Leela Bhansali movie who knows what it means to play a Sanjay Leela Bhansali leading man. In just two films, this has already become one of the great actor-director collaborations. Finally, Bhansali has an actor big enough, ballsy enough, mad enough to give full shape to the Gothic-nautanki conceits inside his head.”

Interpreting characters and making them magnificent, strong and yet, very real is a space that Ranveer occupies head and shoulders above his contemporaries. Sanjay Leela Bhansali’s tireless and intense collaboration with his favourite leading man has been instrumental in shaping memorable performances and films with the superstar. With Padmavati, their third collaboration, which has also been fairly strenous, this actor- director duo raises hopes of delivering an unforgettable piece of cinema.