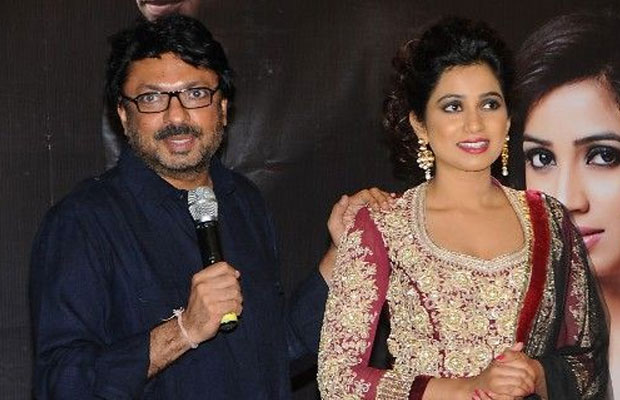 [tps_footer]Sanjay Leela Bhansali is yet again ready to impress the masses with his upcoming film ‘Padmavati’. The movie will reportedly star Deepika Padukone in the main lead along with Ranveer Singh. The film will be a historic love story like most of SLB’s projects. The star cast of the film is not yet announced but sources have already confirmed the stated.

After the massive success of ‘Bajirao Mastani’, Sanjay Leela Bhansali is back to work with ‘Padmavati’. Without giving a break to his ventures the filmmaker is already working on the project. Bhansali is too impressed with Deepika and Ranveer and the director has cast them for the third time.

Also, Bhansali is known for being too particular about his songs. The filmmaker himself decides the tunes and the sets. Shreya Ghoshal who has crooned maximum songs of her career for Bhansali will again lend her sweet voice for ‘Padmavati’. Reports state that the singer has already recorded her first song for the much in limelight film. The singer herself confirmed on the songs of ‘Padmavati’ on Twitter saying,

“Recorded a landmark song of my life today. Soul satisfying emotional joy ride. I live just to be able experience such moments! #powerofmusic” 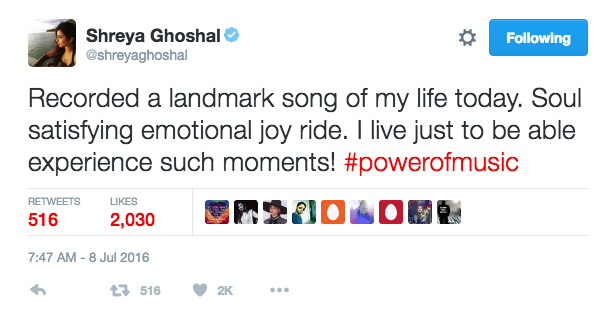 “Wondering which song! What outstanding compositions Sanjay Bhansali sir has made for #Padmavati.Sang with all heart!” 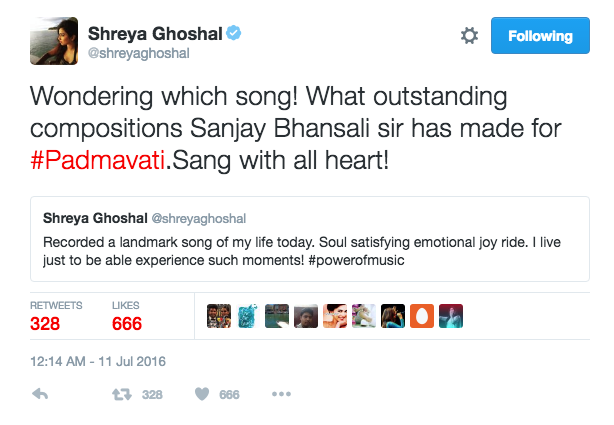 Masaan actor Vicky Kaushal is also apparently a part of the film. ‘Padmavati’ is based on the life of ruler Alauddin Khilji. The ruler’s obsessive love for Padmavati who was the queen of Chittor will be depicted.

Well, we can’t wait for this project to start rolling![/tps_footer]