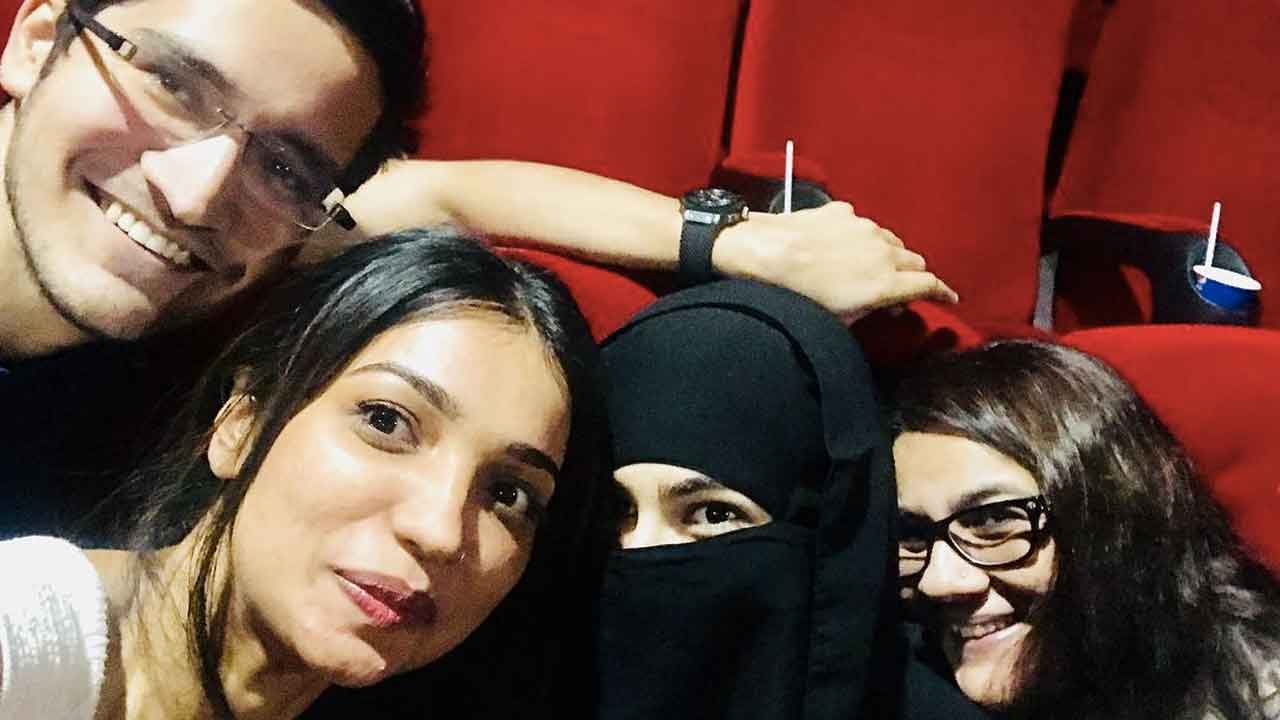 Sara Ali Khan, who made her Bollywood debut with the recently released Kedarnath, has been garnering immense praise from all quarters. As the actress made her first on-screen appearance, an excited Sara Ali Khan disguised herself as Nusrat to gauge the reactions of the audience in theaters first handed.

Sara took a trip to the local theatre to get the audience reaction. Disguising herself as Nusrat, the actress wore a burkha and went to a theatre with the film’s writer, Kanika Dhillon and her mother, Amrita Singh to watch the movie as a common person.

The writer took to her Instagram account to share selfies from their visit to a local multiplex and wrote, “.. and @ the movies with ‘Nusrat’. When u go to the theatres to check the audience response for your film!! Thank you for all the love! #writerslife #kedarnath @saraalikhan95 #amritasingh @jehanhanda. (sic)”

Bollywood’s most promising debut in recent times, Sara Ali Khan has been winning hearts with her first outing in the film industry Kedarnath. In a very short span of time, Sara Ali Khan has gained an incredible fanbase amongst the youngsters after her debut performance in Kedarnath received an exceptional response.

Apart from Sara’s noteworthy performance, it is her stylish-yet-natural look that has her fans go gaga over.

Now, Sara Ali Khan is all set for her second release of the year with Simmba. After Kedarnath, there is tremendous excitement to witness the young actress in an all new avatar, the anticipation has just doubled up after the recently released song Aankh Maarey.