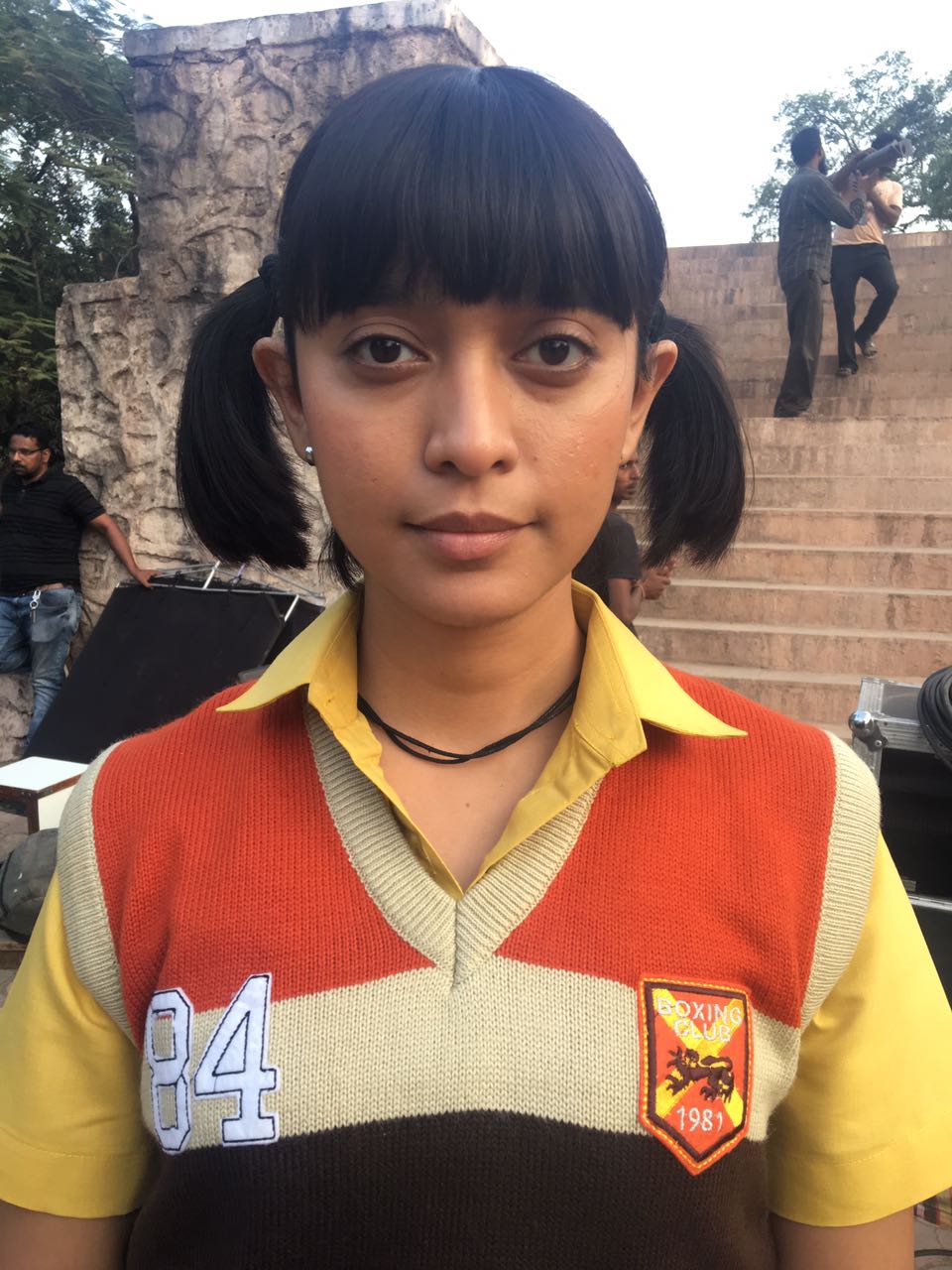 The versatile actress Sayani Gupta has always surprised fans with her acting skills and is someone who keeps experimenting with her looks. Sayani Gupta marked her presence in the industry by playing the role of a Kalki‘s love interest in 2015 film ‘Margarita with a Straw’ where she also played the character of a social activist with a more subtle Indian look. Sayani was last seen in Jolly LLB 2 in which the audiences saw her in a deglamorized avatar of a pregnant woman fighting against injustice. Last year too in Baar Baar Dekho she played the character who is funky, quirky and a modern girl. Sayani Gupta is at it again to surprise her fans one more time, she will be seen in soon to be released movie Jagga Jasoos as a 14-year school girl. Yes, you heard it right; she will be donning the cap of a 14-year school girl yet again experimenting with her looks. In the first look of her character, she is seen sporting short hair, with two pony tails and wearing trousers with sweater and shirt. The actress has a penchant to keep surprising her audience with her looks and exploring all the dimensions of performances.

When asked Sayani she said,”I experience with both Ranbir and Katrina was amazing. I really admire Ranbir as an actor and it is always amazing to see an actor perform in front of you than on screen. With Katrina, I have been shooting with her for the second time so I really like hanging around with she is a really nice person, we have a good rapport between us now. We secretly like that the shoot is not getting over, because we all love going back to the shoot. I love going to the shoot for this movie, Anurag Basu is an absolute genius. I am glad that I am working with him on this movie. I think this film is going to be special for everybody. So any character you please you get into the mind space of the character but her in Basu’s film there is no script he wants you to clean mind and clean slate and It was a little east for me to play this character as children are clean they are simple, they think one thing at one time and like there is no complexity and with that look on with the costume and my two ponytails I just feel like her. Then it was just me and being effortless and the joy.”