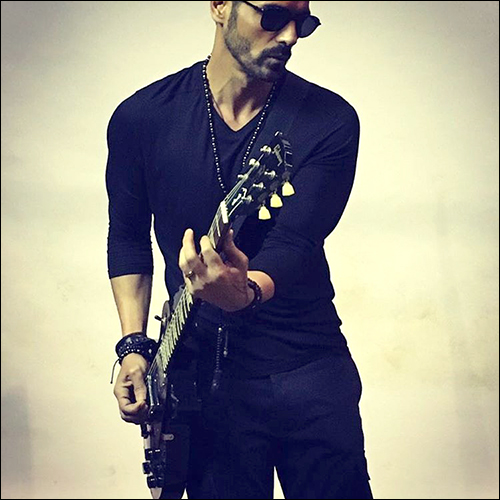 [tps_footer]Bollywood’s handsome hunk and National Award winner actor Arjun Rampal had injured his knee while performing an action scene for his upcoming movie Kahaani 2 starring Vidya Balan. Fortunately, it wasn’t a severe injury and Arjun is coping up well. We will also see Arjun Rampal in Rock On 2 along with Farhan Akhtar, Shraddha Kapoor, Prachi Desai, and more. Later, Arjun will also be part of Daddy which is a political drama and we will witness Arjun‘s character turning into a politician from being a gangster, it’s based on the real life of gangster turned politician Arun Gawli.

But, right now it’s Arjun Rampal‘s hot and chiselled look in Rock On 2 which is grabbing our eyes balls and it’s making us curious to watch this movie and see Arjun giving his best once again. Although his previous movie Roy starring Ranbir Kapoor and Jacqueline Fernandez bombed at the box office but we can surely expect some big hits from Arjun as he is part of much-awaited movies like Kahaani 2, Rock On 2, and Daddy. For now, check out the new look of our rockstar Arjun Rampal,[/tps_footer]