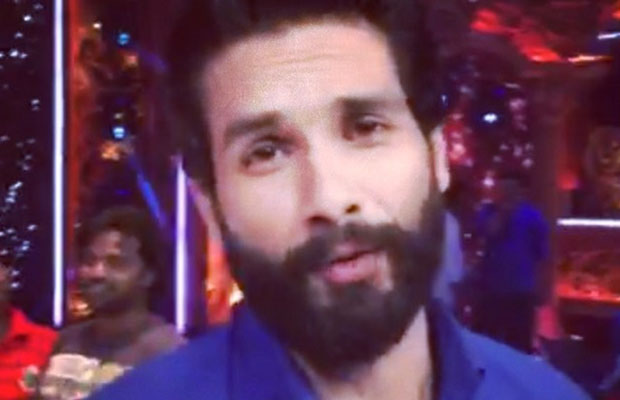 We have always seen the glamour and the on camera side of the actors, but have we ever wondered what happens behind the scene on the sets of the reality show shooting? With dialogue rehearsals and the stage setting, we bring the behind the scenes action of dance reality show ‘Jhalak Dikhhla Jaa Reloaded’ which has been shared by ‘Shaandaar’ actor Shahid Kapoor.

Shahid Kapoor shared amazing candid videos of him while he was hanging around on the sets of Jhalak. The ‘Haider’ actor is seen at his candid best. One can see in the video, Shahid boarding on Segway with coffee glass in his hand. The late night actions of Shahid and Alia are something you shouldn’t miss! Take a look at the videos!

You can also see in the video, Shahid Kapoor in his Italian accent while shooting for a scene for the show on the sets of Jhalak.

Not stopping there, Shahid also shared a funny video where Lauren and Alia Bhatt are seen playing and “behaving their age”!

Well, the shooting for the grand finale was already shot yesterday and will see Shahid Kapoor and Alia Bhatt promoting their film ‘Shaandaar’. As we all know Shahid Kapoor is the judge of the show and now that his film is nearing for the release of the film, his co-star Alia Bhatt will make her appearance on the show. Both Shahid and Alia will make a grand entry on the title track ‘Shaam Shaandaar’.