Shah Rukh Khan has an interesting cameo in Karan Johar’s upcoming film Ae Dil Hai Mushkil. The trailer of the film is out and looks transfixing. It is a perfect blend of emotions like love, friendship, and heartbreak. The film stars Ranbir Kapoor, Aishwarya Rai Bachchan, Anushka Sharma, and Fawad Khan. Well, we saw all sorts of happy and complicating relationships between the cast in the film. But, we all were also waiting to see SRK’s glimpse in the trailer. 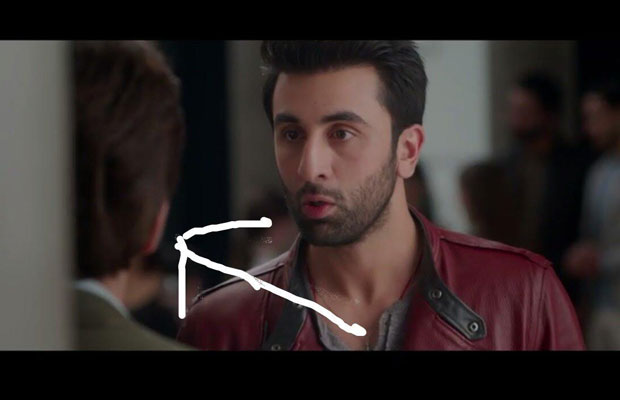 If you watch the trailer carefully, you will see in one scene, Ranbir is talking to a man. We cannot see the face clearly, but he is our King Khan. Ranbir is seen talking to him and says a wonderful dialogue, ‘Aasan Hai Kya Aisi Mohabbat Karna, Jiske Badle Mohabbat Na Mile’. Looks like RK is seeking some advice from him, and we bet no one better than our King Of Romance can help him. Also, Aishwarya’s name in the film is Saba Taliyar Khan. And SRK is apparently playing her husband’s role in the film, so we think his name in the film is Taliyar Khan.

We are sure Shah Rukh’s little presence also will light up the theatre screen. We are keen to watch the film. Also, Fawad looks handsome and has a beautiful dialogue in the trailer.

Watch the trailer here and don’t miss SRK’s presence in the same.