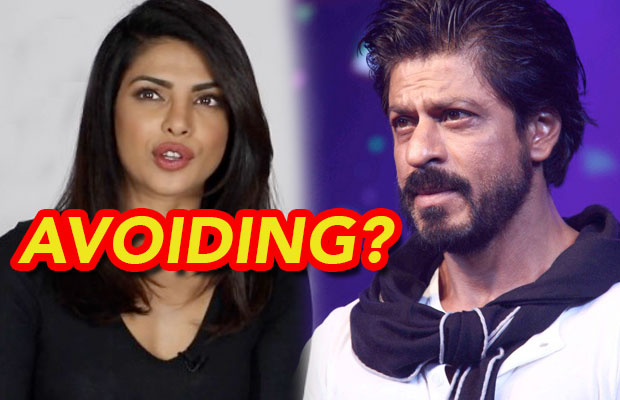 [tps_footer]While B-Town is buzzing with guesstimates about the star cast of ‘Don 3’, we have got news that would probably leave you with a broken heart. Well according to a tip off we’ve received, Shah Rukh Khan is avoiding working with Priyanka Chopra in the third instalment of the Don franchise.

According to a source close to the franchise, Don 3, whenever made, will retain its existing actors. However, Shah Rukh has been insisting that his schedule is jam-packed with three high-budget movies lined up. The source said that since PeeCee’s ‘Junglee Billi’ character is an essential part of the original script, there’s no question of dropping her from the third part if at all the makers decide to start working on it. Nevertheless, King Khan has asserted that he doesn’t have any dates available for now dismissing all rumours about the third part being in its planning stage.

The makers of the franchise, themselves are confused about the source of these rumours. Director Farhan Akhtar is already preoccupied with his acting commitments, therefore, being left with little time to clear these rumours, stated the source.

Well, looks like the third instalment is nowhere in the planning stage and might take quite some time to transpire. We wonder if there’s a new cold war commencing![/tps_footer]