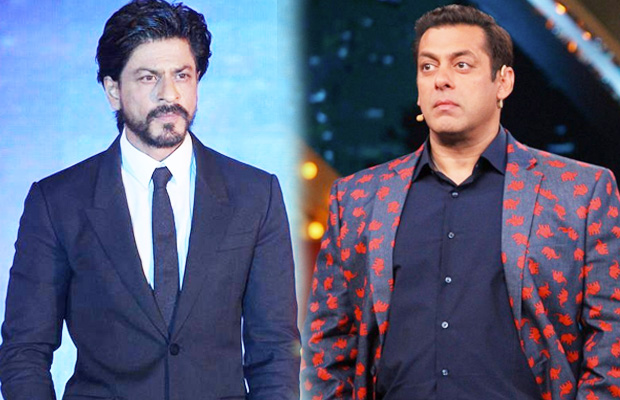 Ever since the two Khans, Shah Rukh and Salman have come together after their rivalry over the years, the two have been seen flaunting their long friendship by either coming together for events and promotional activities. Yes! Earlier the two came up like it was a formality but when Shah Rukh Khan and Salman posted pictures from Arpita’s wedding, it was obvious that the two are back.

Recently, when Shah Rukh Khan was asked about his relations with others, especially Salman, this is what he had to say,

“Yaar, mein sabse ladta nahin hoon! I cannot hold a grudge against anyone. Life has given me so much that I always love everyone. It’s just that I am an emotional person. The names you’re talking about – Pritish Nandy and Arjun Rampal… mera kissi se jhagada nahin hua hai. I have no idea what you are talking about unless something of that sort is written in the media.”

He also added that “Just recently, while Salman and I were shooting for Tubelight, we were feeling ashamed of whatever was published about us over the years. When not-so-good things happen with our stars, it is blown out of proportion. We are also like common people. Even today I may disagree with Salman or anyone else. At times, we may like or dislike someone’s actions. It’s just the point of view that varies.”

After having made a comment on his life as a star, he said, “Having achieved stardom, there are a few things which I do not like but I can’t fight against that. For instance, if I am with my family and children and do not want photographers to click their photos, I still have to patiently find my way out. I can’t just enjoy stardom, I also have to take care of other things. But being a public figure, I can’t complain. Over the years, I have learned to be patient and manage my public life as well.”