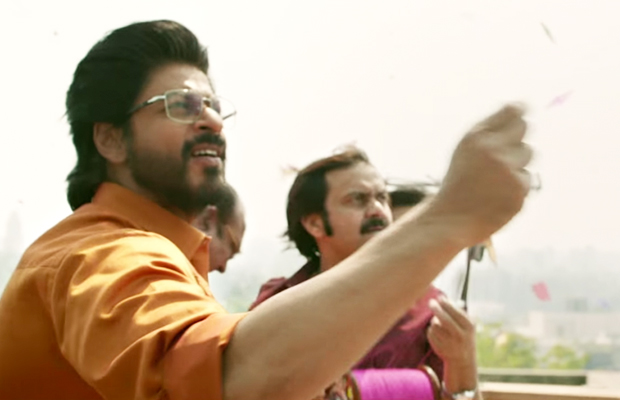 Shah Ruk Khan who will be seen playing Raees in his forthcoming film will be having Kite flying sessions and also will be seen celebrating the festival Makar Sankranti for the very first time.

The actor who as a kid engaged into Kite flying lost the practice after he moved to Mumbai from Delhi.

SRK Is looking forward to try his hands at flying a kite this time around! Well, the actor who is seen flying a kite in the trailer of Raees will be celebrating ‘Mankarsankranti’ at his Bandstand bungalow this year.

Shah Ruk Khan who celebrates Eid at his residence terrace with his fans, will be seen celebrating the festival of kites with family and fans on the terrace for the first time. In fact the actor will also indulged in a competition of sorts with others who would be Flying kites at Bandtsand along with the actor. It would be a sight to watch and see who sustains their kites long enough to win the game!

A Source says, “The preparations are underway. His residence is also the perfect location to fly kites, owing to an open sea view and strong wind, which attracts many people to fly kites“.