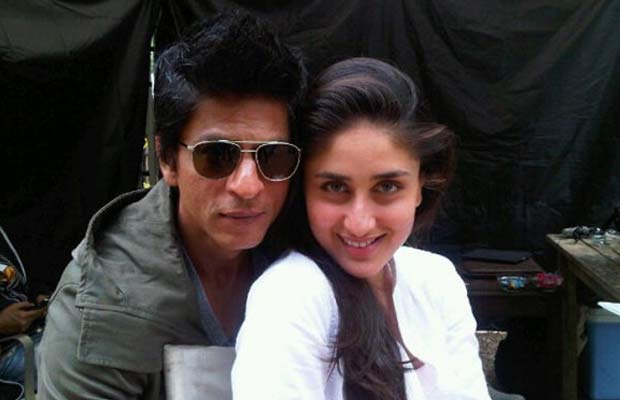 Next[tps_footer]Kareena Kapoor Khan just made her presence felt strongly in media and on the silver screen with her latest release Ki And Ka. On the other hand, we have Shah Rukh Khan who is making uncountable Jabra Fan because of his outstanding performances the dual roles he played in Fan and his next movie Raees is a much-awaited release of this year.

But now, these two powerhouse performers are ready to work together once again on big screen in a new movie which is untitled. And, we know there will be two actresses opposites Shah Rukh Khan in this untitled flick which will be directed by Aanand L Rai. One of the lead roles is offered to Kareena Kapoor Khan and it’s said there are good chances to see them working together after we saw Shah Rukh and Kareena in Kabhi Khushi Kabhi Gham, Asoka, and Ra. One.

It’s said many actresses were looking forward to bagging this flick in their kitty. Dilwale actress Kriti Sanon, Anushka Sharma, Parineeti Chopra, Shraddha Kapoor and more were being considered but no one else was finalized other than Bebo. She is one of the most favorite actresses of all the three Khan‘s and wife of the fourth, Saif Ali Khan. Now, Kareena has bagged this movie but there is still one more role and once again there will be a hunt to cast the perfect choice for the second lead opposite SRK. Do you have any guesses who it will be ?

Anyways, we will have to wait to know that officially from the makers and we have always loved watching SRK and Bebo together and it will be a treat to see Bebo reuniting with King Khan for the new project in which it’s said Shah Rukh will play a dwarf. He is already ruling hearts after becoming a Fan and now another big experiment by playing the role of a short guy on the big screen. We wish the best for this new project and for SRK-Bebo jodi as well.[/tps_footer]