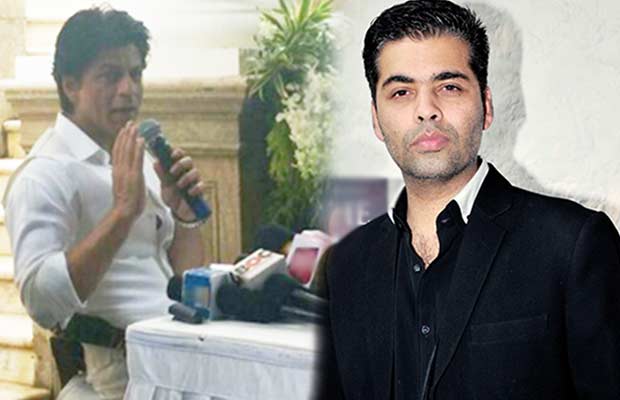 A report said that all the guests except for Shah Rukh Khan were thrilled with the rushes. Karan’s ‘Ae Dil Hai Mushkil’ is a film based on romance and relationships. The cast includes Ranbir Kapoor, Aishwarya Rai Bachchan, Anushka Sharma and Fawad Khan.

On the occasion of Eid, Shah Rukh Khan interacted with media near at his ‘Mannat’ bungalow. During the interaction, he was asked if he was unhappy with the rushes from Karan Johar’s ‘Ae Dil Hai Mushkil.’ And King Khan said,” I haven’t watched the film yet. But whenever Karan tells, I will surely watch it. I can confidently say that it is going to be great. I have listened to few songs from the film. Actually, I have listened to three songs from the film. And the title track is one of the nicest ballet you will hear this year. Karan made me listen to the title song at night and it was fantastic. But I have not seen the trailer yet.”

No one is unhappy with ‘Ae Dil Hai Mushkil’ as Shah Rukh Khan has cleared all the rumors himself! [/tps_footer]