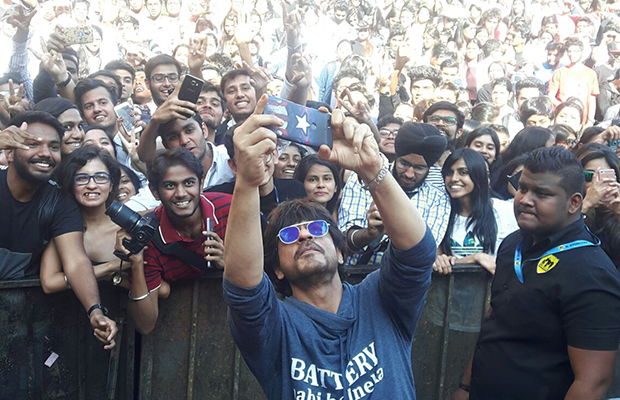 Shah Rukh Khan had visited Symbiosis Institute of Design in Pune to promote his movie Raees.

There was a fan frenzy amongst the students when they saw Shah Rukh Khan.

SRK interacted with the students and even clicked selfies and pictures with them. Like always he made sure that he dedicates good time for his fans.

Later the students performed on ‘O Zaalima’ and SRK joined them and he even shook his legs on his iconic song ‘Chaiyya Chaiyya’ with students from Dil Se.

Please find the link to the video below;

The students of Symbiosis institute of Design, Pune put on a great show for Raees. Here's a video of them performing Zaalima with @iamsrk pic.twitter.com/MskxXwpYtC

It was a fun filled with affair, students of the institute gifted SRK with many things like designed posters and other things. His female fans gifted him scrapbooks etc 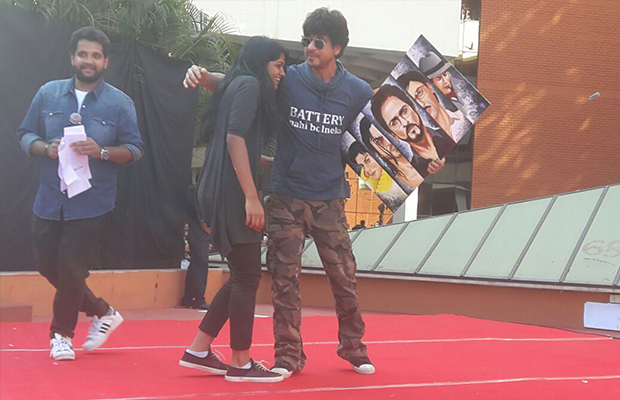 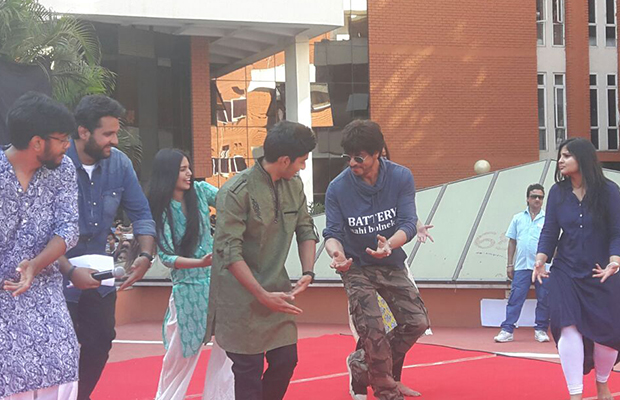 SRK was gifted a designed Raees poster of himself by the institute. 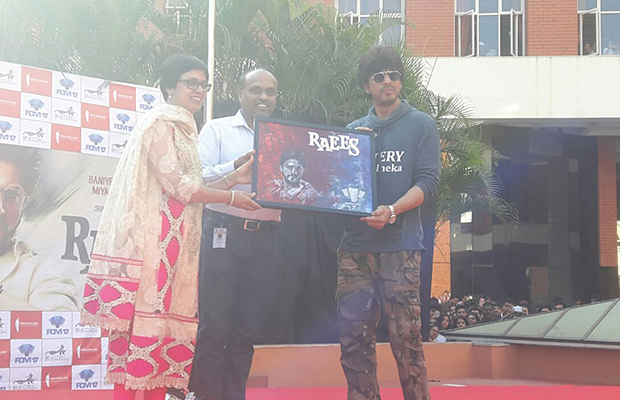 Later SRK visited the Seasons Mall in Pune after the college visit and to greet his fans there and people had gathered there at large numbers just to catch a glimpse of SRK. 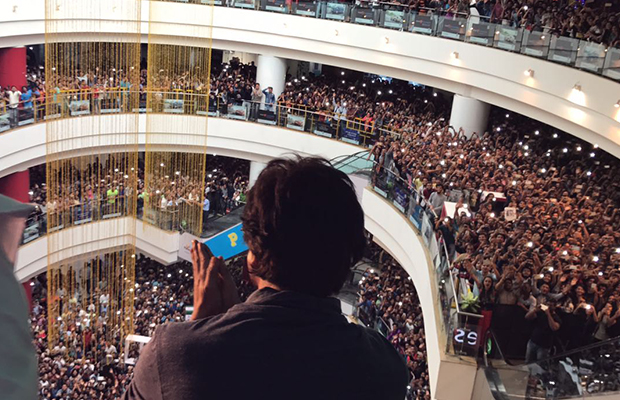 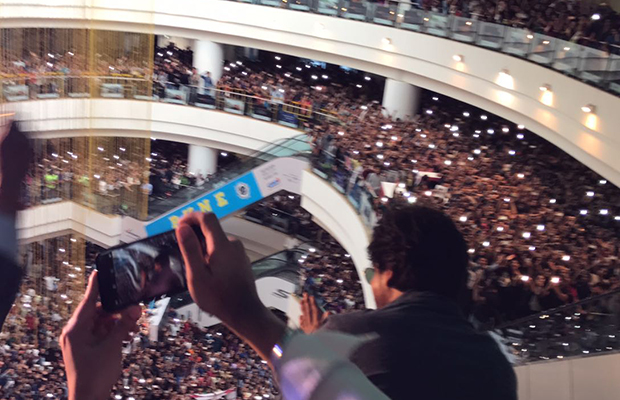 SRK’s unique avatar in the film has struck an instant chord with the audiences, the film has been loved across all quarters. The film has also done an excellent business at the box office and is raking in more cash as the film is doing good business with each passing day.

Raees has been generating immense buzz ever since its release. Not only is the film enjoying tremendous positive word of mouth, but is also hailed for its power packed performances by Shah Rukh Khan, Nawazuddin Siddiqui and Mahira Khan.