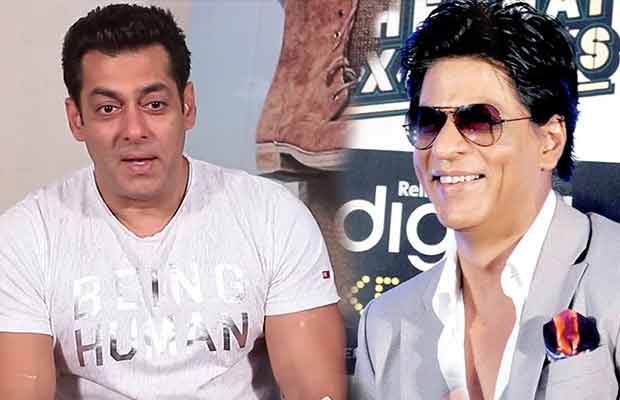 Shah Rukh Khan and Salman Khan are going to be seen together in a film!

The Bollywood superstars Shah Rukh Khan and Salman Khan were the best of friends before their fight. It was since then that their fans wanted them to see them back together. And it was a surprise when the two of them sorted their issues and became friends again.

They are the most famous Khans of the industry and seeing them together on-screen as well as off-screen is just awesome. It was recently in Salman Khan’s Eid release ‘Tubelight’ that we saw them together on the big screen. SRK, in his special appearance, had played the role of magician Gogo Pasha in Salman’s film.

And after the ‘Raees’ actor appearing in the ‘Sultan’ actor’s film, it is going to be the other way round. This time it will be Salman who will be making a cameo appearance in SRK’s film. Directed by Anand L Rai, the film will see SRK playing a dwarf.

Yesterday was the ‘Hawayein’ song launch from the film ‘Jab Harry Met Sejal’. At the event when Shah Rukh was asked about Salman’s role in Rai’s film, he said, ”His part is longer than that (referring to his cameo in Tubelight). Salman Khan will be seen as Salman Khan in the film, but I am not in a position to reveal much about his role in the film. It is a very special role and Salman has put in his heart in the character.”

According to the reports, the two of the actors have shot a special dance number for the film. In fact, the song also stars the lead actresses of the film, Anushka Sharma and Katrina Kaif.