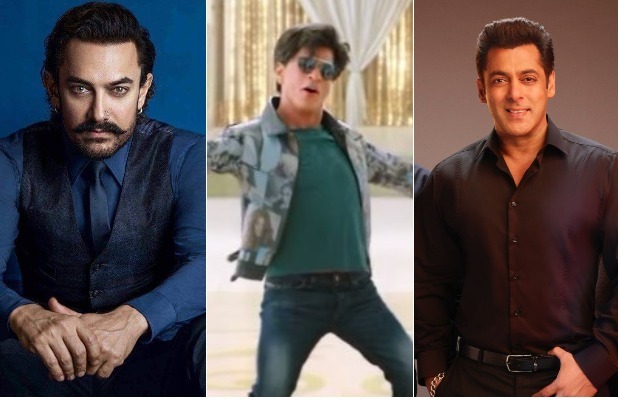 All three most famous Khans of Bollywood industry – Shah Rukh Khan, Salman Khan and Aamir Khan are all set to take on the screens in 2018!

When we talk about the Bollywood industry, it is incomplete without the three Khans – Shah Rukh Khan, Salman and Aamir. Last year we got see Salman in two films namely Tubelight and Tiger Zinda Hai. While the former could not create much magic on the screens, the latter proved that Salman Khan is a guarantee of a blockbuster. SRK too was seen in two films, Raees and Jab Harry Met Sejal.

On the other hand, we got to see Aamir only in a cameo role in the film Secret Superstar. But 2018 is going to be all about Khans as all three of them will be taking on the big screens with their multi-starrer films.

Salman Khan
The Sultan actor is now a part of the third instalment of the Race franchise. The film also stars Jacqueline Fernandez, Anil Kapoor, Bobby Deol, Daisy Shah, Pooja Hegde and Saqib Saleem. Directed by Remo D’Souza, Race 3 will be hitting the theatres in the festive season of Eid, this year on June 14.

Aamir Khan
The Dangal actor’s fans definitely missed watching him as a lead last year. But this year, Aamir will be back with a bang. He is currently shooting for the period drama Thugs Of Hindostan, also starring Katrina Kaif, Amitabh Bachchan and Fatima Sana Shaikh. The project is helmed by Vijay Krishna Acharya and is slated to release on November 7, which is a Diwali weekend.

Shah Rukh Khan
Last but definitely not the least, the Raees actor will give a filmy end to your year with the film Zero. The teaser of the film was released yesterday only. The film also stars Anushka Sharma and Katrina Kaif. Directed by Aanand L Rai, it is slated to release on December 21.