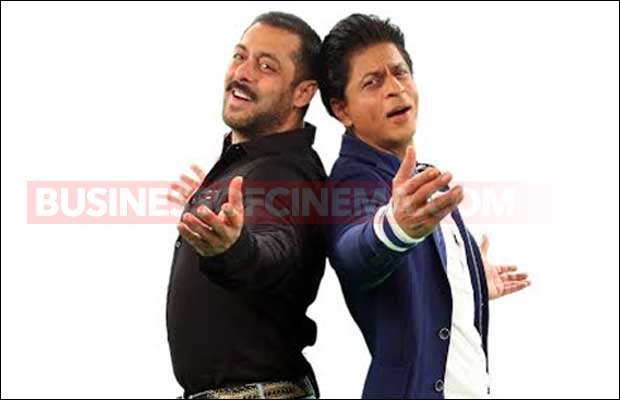 B-town’s two Khans- Salman Khan and Shah Rukh Khan have ruled the industry for decades and the two surely don’t need each other to promote their films at any level. Be it their larger than life films or massive fan following, these two superstars have become a premium value in the industry with their individual efforts.

Recently, Salman Khan shared the first look of Shah Rukh Khan and Anushka Sharma’s next which has been tentatively titled as “The Ring”. This ritual is vice versa and is not surprising. In fact, a day before Salman Khan unveiled the first look, SRK had visited Galaxy apartment. The two Khans partied all night, which became a talk of the town.

Well, it seems, their bonding is hurting a jealous actor of B-town.  Talking to DNA, an actor said Salman and SRK’s bonding is a conspiracy.

He says, “It’s a smart PR strategy. SRK met Salman a night before launching the first poster of his Imtiaz Ali film with Anushka Sharma. Sultan’s first teaser was also tweeted by SRK, even though Salman has just as many followers”

He added further, “This is a strategy. The two Khans have always been close to each other and have now decided to join hands and take each other’s help in promoting their films. They both have die-hard fans and want to share their fan base, and by doing this they’re ensuring to stay in the game for a longer time.”

We think both the stars have their share of crazy fans and careers, much more than any other star in the country. We leave it up to you to decide if Salman and SRK need to bond for the sake of their films?