Lead actors Siddharth Malhotra and Sonakshi Sinha had already posted pictures of the first day of shoot straight from the sets, but now the king has tweeted! 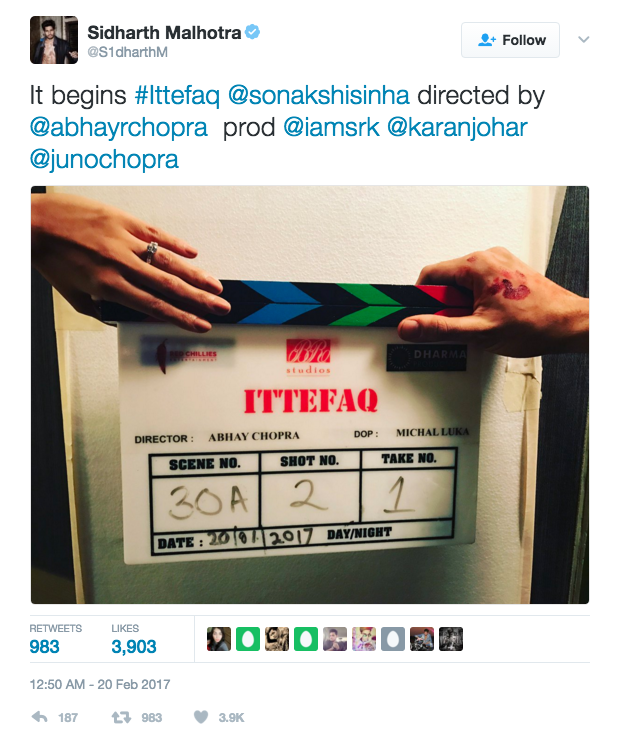 Covering all details, his tweet read – “My fav films by Yashji #Ittefaq is being recreated by Abhay. Thx @S1dharthM @sonakshisinha Akshaye. Also BR & Dharma Films tie up with RCE.” 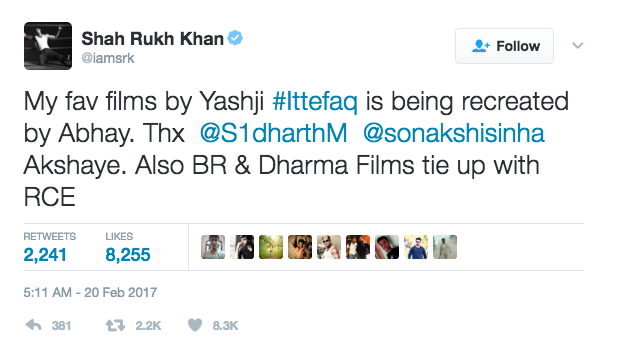 SRK also posted a picture of him holding a clapboard along with Sonakshi Sinha while Sid and others surrounded him. 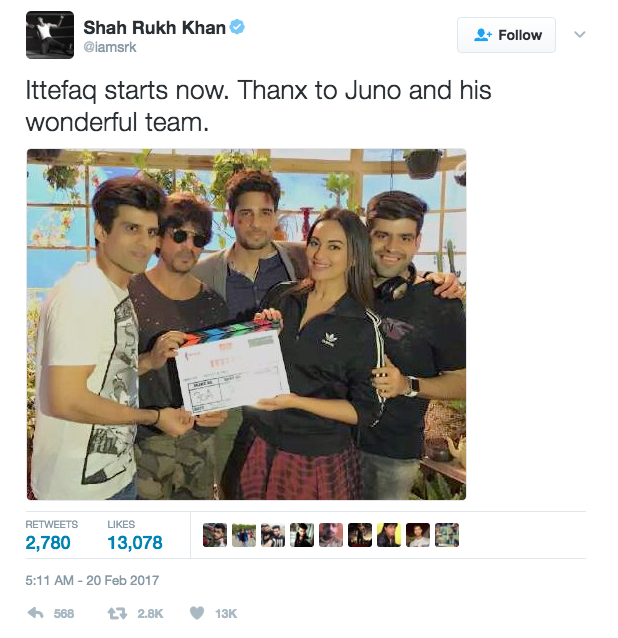 The Red Chillies Entertainment production has clubbed with BR Films and Dharma Productions to recreate Rajesh Khanna-Nanda starrer Ittefaq (1969), which was a thrilling murder mystery.

Originally helmed by respected and beloved director Yash Chopra, nephew Abhay Chopra is now taking over the remake. Although news is, the ending and suspense might be altered a little to keep the audience interested.

While Siddharth confidently steps into the shoes of Rajesh Khanna, he also humbly tweeted back to SRK – “Thank u for coming on set @iamsrk excited to recreate the magic”. 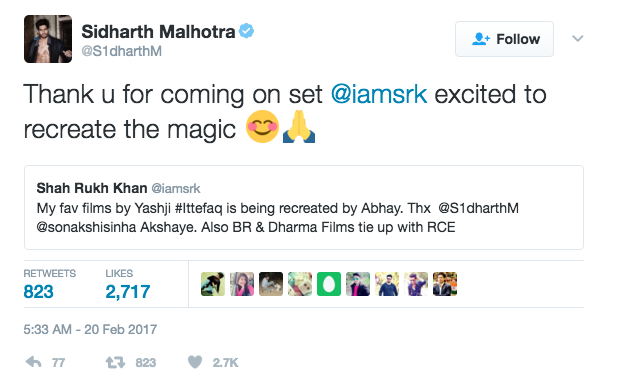 Sonakshi took to the micro blogging site too – “Thank YOU @iamsrk, @karanjohar and of #BRFilms… was an amazing first day on set today with you all! Great start to our #Ittefaq journey!,” 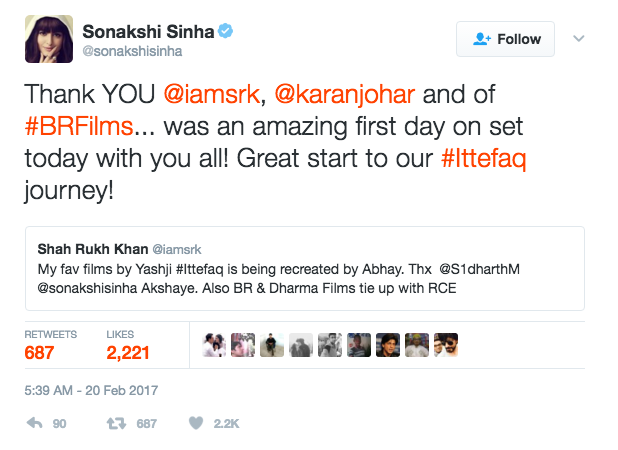 Siddharth Malhotra and Sonakshi Sinha have never been seen on screen together but the duo seems excited.

The film has already been in news for its apparently song-less approach and strong character development, and now this has just added to the buzz!

Also Watch: EXCLUSIVE: Shah Rukh Khan Says NO To Work With Kangana Ranaut In His Next!