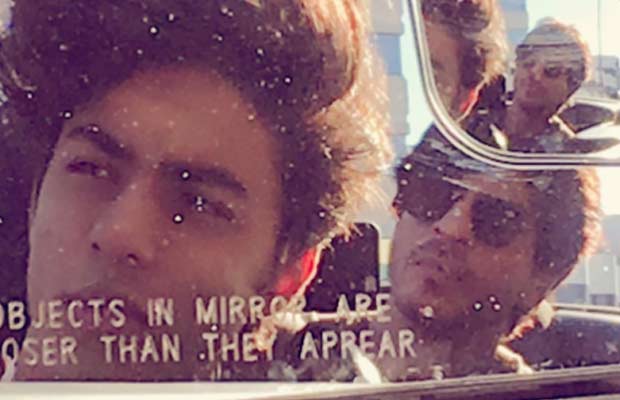 Last week, Bollywood actor Shah Rukh Khan was detained at Los Angeles airport, which created a storm. The actor was cool enough of the incident and tweeted that he respects the security and protocols. Even US Department of State issued Twitter apologies. All went down a day after and Shah Rukh Khan was having his time in the US.

As earlier we reported, SRK along with Gauri Khan and kids visited at the University of Southern California, where his son Aryan Khan has got admission for an undergraduate course in filmmaking. The proud parents attended an orientation program at the university. Fans went gaga after they saw SRK on the campus of the college. King Khan interacted with the fans and also got a couple of selfies clicked.

Following his son Aryan Khan’s further studies, SRK during media interaction had said, “I am showing Aryan a lot of films because he is going to film school now. I have made a folder with all the great English classics like The Untouchables, Goodfellas and Michael Douglas’ Falling Down. I am showing him English films now but I have also made another folder that has Hindi classics like Sholay, Do Aakhen Barah Haath and Devdas — both Dilip saab’s and mine. I want him to see more films.”

Well, after orientation program, SRK spend his time with his kids in the US. The actor spent quality time with his family and we have come across a very cute picture of father-son duo.  Check out the cool picture of them playing around the car mirror while in LA for vacation.

Well, SRK plays a perfect father and made sure that he spends time with son Aryan Khan before he heads for his further studies.