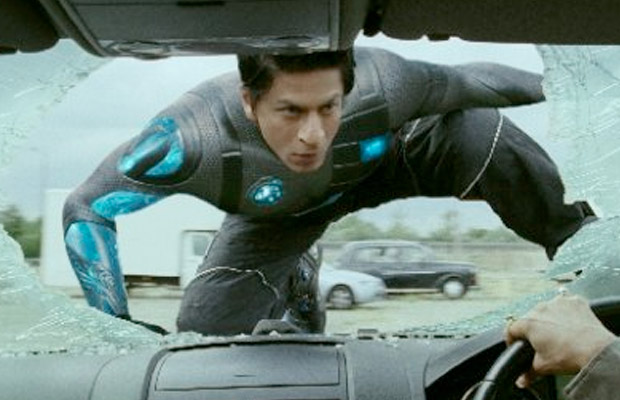 Shah Rukh Khan and Kareena Kapoor Khan starrer Ra One failed to impress the audiences. Although the VFX used in the film was highly appreciated, people didn’t like the film. Well, SRK then announced that he will make a sequel of Ra One.

And a good news for all SRKians as the work for Ra One has now begun. Reportedly, the VFX team has already started to work on the film. The team headed by Harry Hingoranu and Keitan Yadav, are working on G One’s new look. They are working on its sketches and are planning to give him a much better look.

Well, this is indeed good news for SRK and Kareena’s fans. The duo will soon be seen together. We are super excited for Ra One 2 and G One’s new look.

Presently, Shah Rukh Khan’s Dear Zindagi will soon hit the screens on November 25. The film stars Alia Bhatt, Kunal Kapoor, Aditya Roy Kapoor, and Ali Zafar in pivotal roles. The first look of the film is out and looks enthralling. He will be soon shooting for Imtiaz Ali’s next starring Anushka Sharma. He will also be seen as a dwarf in Anand L Rai’s next. His much-awaited film Raees will hit the screens in January 2017. And actress Kareena Kapoor Khan will next be seen in Veerey Di Wedding. The film also stars Sonam Kapoor in a titular role. Kareena is pregnant with her first baby and is expecting her child in December. Although she is pregnant, this didn’t stop the actress from working at all.