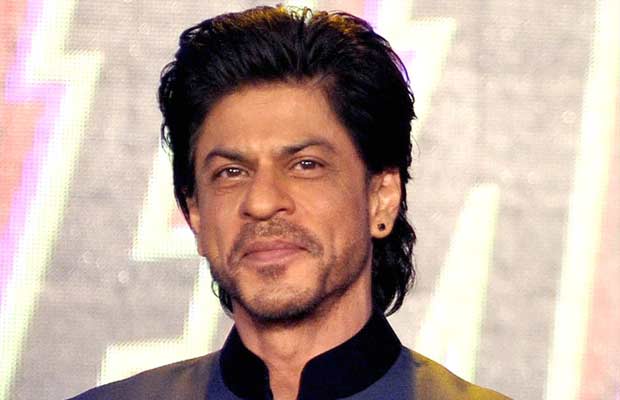 [tps_footer]Shah Rukh Khan is a charmer by all means and is excellent when it comes to balancing work and personal life. The superstar is always busy with his back to back professional commitments. Nevertheless, amidst the ongoing tight routine, the King Khan cools himself down with a movie once in a while.

As we all know, SRK is entangled in numerous projects lately. The actor is shooting for the film ‘Raees’ and is also busy with his film ‘Fan’ which will release shortly. The actor, on the other hand, has also started shooting for Gauri Shinde’s next starring Alia Bhatt.

Apart from the stated film commitments, King Khan is also tied up with his television appearances. The highly talented actor who always keeps his fans updated about his whereabouts recently took to the photo sharing app Instagram and posted, “Been a hectic day. Comedy Action some blood (stage blood) sweat & a late nite movie with daughter. Hands full & a Full hand kinda day.” 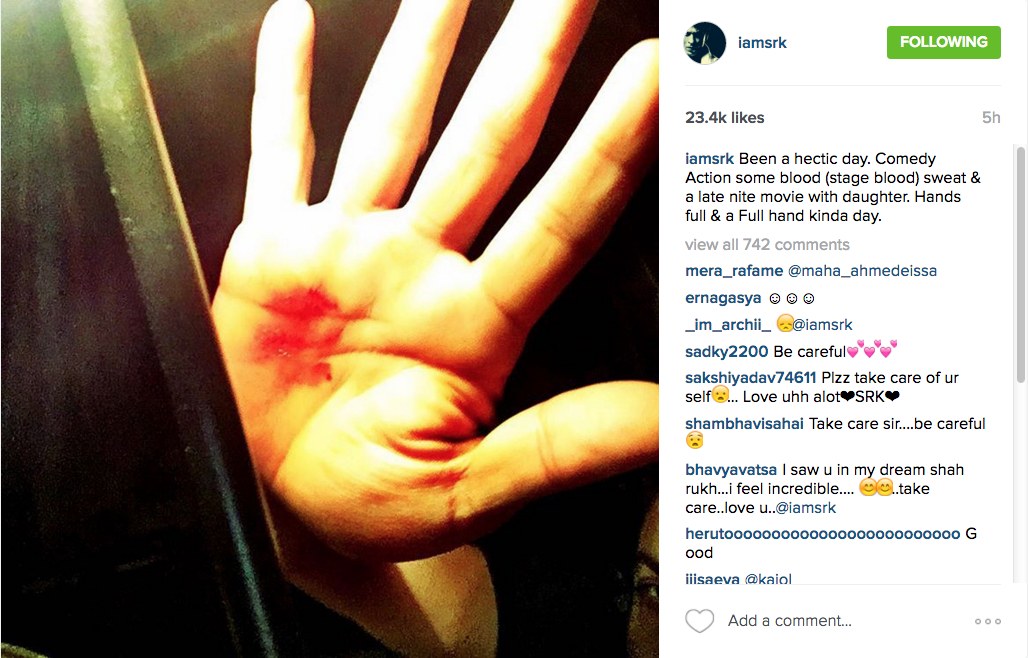 SRK posted a picture with his palm injured. The big bloodied wound was visible in the picture posted by the actor. It seems like Shah Rukh Khan was shooting was Kapil Sharma’s new show wherein he will be the first guest to appear.

Well after a hectic day and a wounded palm Shah Rukh Khan undoubtedly deserved a chilled out outing. The doting dad headed to a late night movie with daughter Suhana.

SRK has always maintained that he never misses a chance to spend time with his kids. Must say, Shah Rukh Khan totally is a true King![/tps_footer]