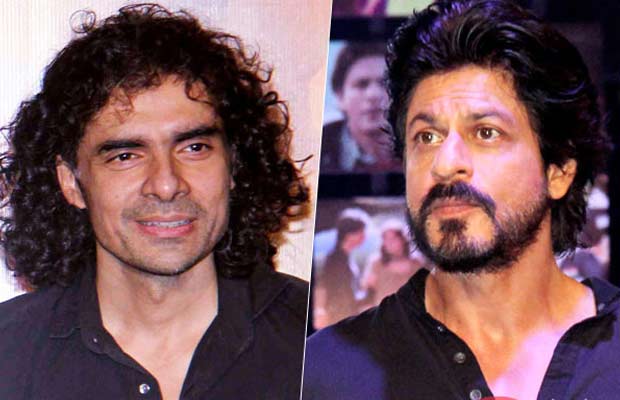 As we all know, Bollywood actor Shah Rukh Khan will be seen in Imtiaz Ali‘s next. The two are collaborating for the first time and fans are already excited for the same. The film, which sees Anushka Sharma in the lead role opposite Shah Rukh Khan, has reportedly got a tentative title.  If the recent buzz is to be believe, SRK and Anushka starrer film has been titled ‘The Ring’.

As reported by a leading daily, for time being the working title of Shah Rukh Khan’s and Imtiaz Ali’s next is Production No. 52. The Imtiaz Ali-helmed project is Red Chillies Entertainment’s 52nd project, hence the makers of the film have thought of this title. Yet they have not locked the final title but have currently decided on this.

The film is in and out love story. Anushka Sharma has already started prepping up for the film while SRK will join the actress soon for the shooting in Budapest.

But resting all the curiosity, Shah Rukh Khan himself had once hinted on the story of the film. Badshah Khan had tweeted, “Revealed Imtiaz Ali story “That u become such an unquestionable part of me, that I can’t find the beginning of ur heart and the end of mine”

Apart from Imtiaz Ali’s next, SRK will be seen along with Alia Bhatt in Gauri Shinde‘s next. While his much-anticipated film Raees will release next year.