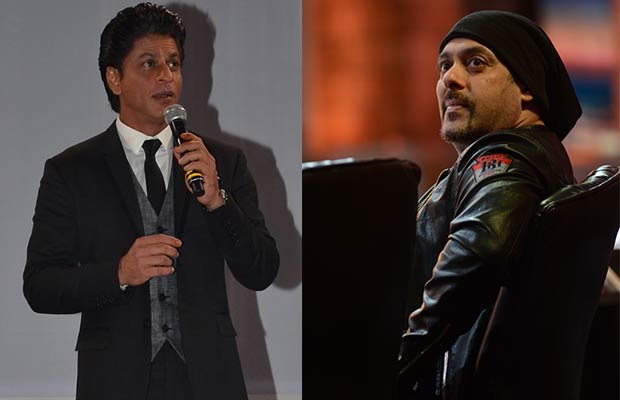 [tps_footer]Bollywood actor Shah Rukh Khan is an actor who loves to talk straight forward and is quite bold enough in expressing his views and opinions, no matter what the results are at the end. For instance, he embroiled into a controversy for expressing his view on ‘extreme intolerance’ debate in the country. But this time, the actor has taken a step behind and has ignored to speak anything over Salman Khan’s ‘raped woman’ controversy.

At an event yesterday, Salman Khan’s best buddy Shah Rukh Khan was asked about the whole controversy but his reaction was something that we did not expect. Shah Rukh khan said, “In the last few years I have realized that I made so many inappropriate comments myself that I don’t think I am someone to sit and judge somebody else’s comments to be very honest. It’s about taking sides or not taking sides. I myself say so many things, who are we to decide or not decide what he (Salman) should be or shouldn’t be doing. Personally speaking I don’t think I can make any comments on this, I am so inappropriate myself.”

Well, many Bollywood celebrities including Kangana Ranaut, Anurag Kashyap, and Varun Dhawan expressed their thoughts on the same while some have chosen to stay mum about it. Well, instead expressing his piece of mind, SRK has blamed himself stating that he has made many inappropriate statements earlier and so he doesn’t think he should comment on Salman’s raped woman comment.[/tps_footer]