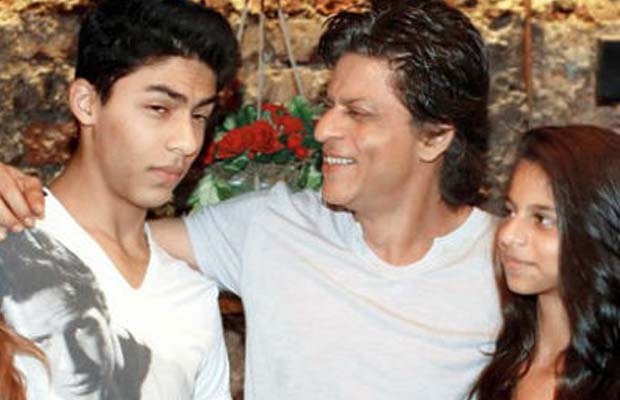 [tps_footer]Shah Rukh Khan might be a chilled out person for all but he is strict when it comes to his children. The superstar who is gaining all the applauds for his performance in the film ‘Fan’ is now in the news for something interesting. We have all seen SRK’s doting father side but the actor is lately flaunting his strict side too.

Much has been said about Aryan and Suhana’s debut in the tinsel town. Filmmaker Karan Johar was also heard sharing that he would be launching Aryan in the industry. The director had also confessed that Aryan is already a star for him.

Well, with all the speculations about Aryan and Suhana making their debut Shah Rukh Khan has kept a strict condition. The superstar has stated that he is a believer in education and his kids have to finish their basic education and only then will he allow them to step in the industry.

Shah Rukh Khan who is adamant on his words also added that both his kids need to complete their graduation and only then will they make their debut. The actor confessed that he will allow his kids only if they are genuinely interested in the field not just because they are star kids.

The intellectual actor SRK has added that if at all his kids enter the industry they have to take the Indian cinema forward and not just follow the norm. The actor shared proudly that he wants people to say that SRK’s kids are doing something new that their father could not. Commenting on their interest in the field of acting, Shah Rukh Khan said that Suhana is very much interested whereas Aryan is still deciding but is largely interested.

Well, Shah Rukh Khan has proved he is not just a superstar but is also a wonderful dad![/tps_footer]