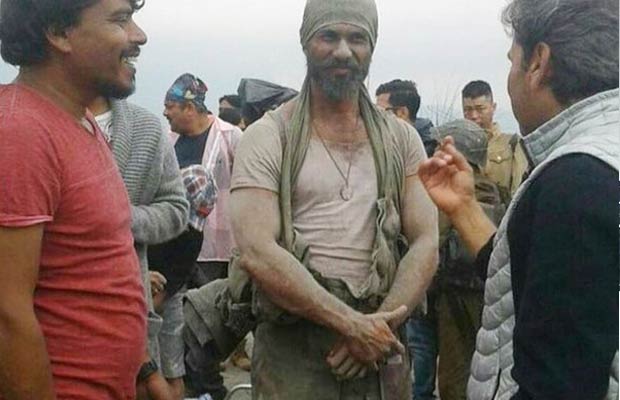 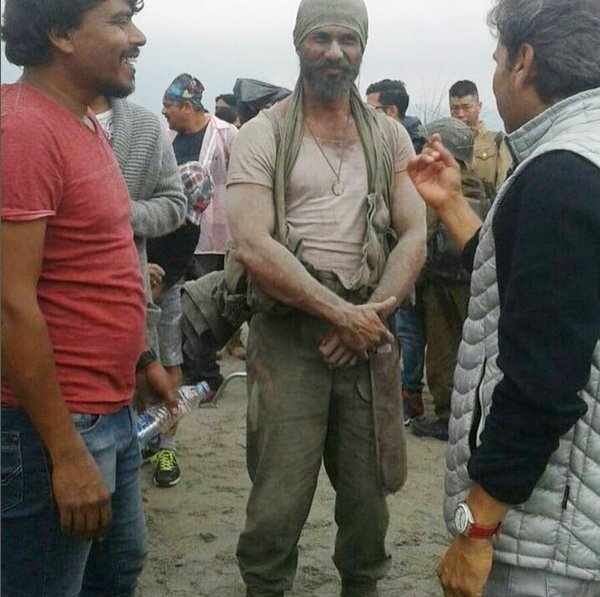 [tps_footer]Shahid Kapoor is extremely dedicated to his characters in his every movie. The mind blowing actor who believes in leaving no stone unturned to fit into the shoes of his roles has yet again done something similar. Shahid will soon be seen in the film ‘Rangoon’. The actor is currently busy in the shooting of the film.

Sasha’s officer look from the sets of the film was already out way back. However, the recently leaked image from the set of the movie is shocking by all means. The picture sees Shahid in a heavily bearded look with a long mustache. The actor is further all smudged in white sand and is appearing to be like an old man.

Saif Ali Khan’s look from the film was out a few days back where he was seen in an elite image with a rifle in his hand and a book by his side. Coming to the Queen actress Kangana, the starlet will be seen portraying the character of a yesteryear actress in the film. Kangana was snapped in short hair and vintage attire.

The film ‘Rangoon’ is based on the backdrop of World War II. The movie is a historical drama. With Vishal Bhardwaj directing the film, there is bound to be a serious twist in the story. The team of the film is currently shooting in Assam.[/tps_footer]