There is no doubt that Shahid Kapoor is one of the most doting daddies of Bollywood. The newly-turned father has always been protective of his little daughter Misha and kept her safe from being clicked by the paparazzi whenever he stepped out. Well, for almost six months Sasha had not revealed a clear photo of his daughter. His fans were eagerly waiting to catch the glimpse of the little Misha but it seems, the actor was waiting for the right time.

Lately, the actor shared an adorable photo of Misha with wife Mira and in no time, social media went into a tizzy. Well, the heartthrob has shared another new photo of baby Misha and we bet, you won’t be able to move your eyes from her. Misha looks adorable and the way she has given an reaction to the camera is just cute. Isn’t it?

Shahid shared the photo with cute caption that reads, “RepostBy @mira.kapoor: “Moo Moo here and a Moo Moo there”

Check out photo below: 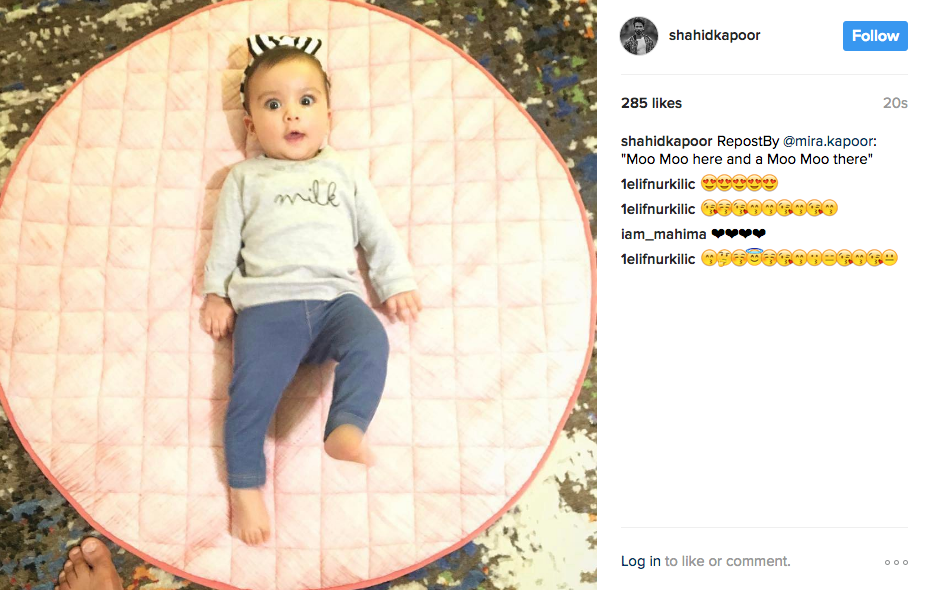