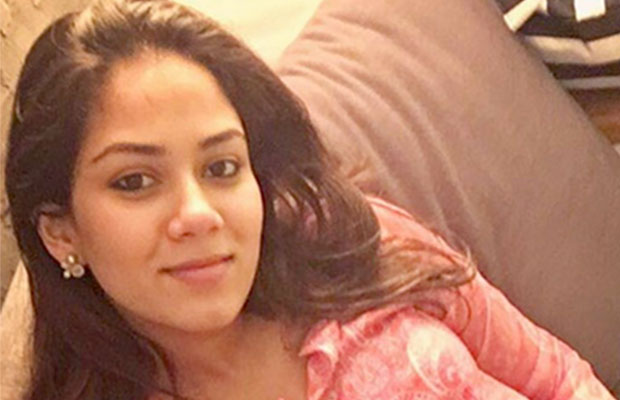 Shahid Kapoor has been away from the limelight after the release of Udta Punjab because he wanted to spend time with wife Mira Rajput as they are expecting their first child in the month of September.

Shahid Kapoor is one of the actors who is active on his social media platforms but seems he is trying his best to be with preggy wife Mira Rajput. Shahid Kapoor has left no stone unturned to be a dotted husband. He has been taking care of Mira Rajput and he is very much excited for the arrival of the baby. After wrapping up Rangoon, Shahid Kapoor has not signed any films as he wants to spend the time with Mira Rajput and the baby. Rangoon was going to be release in the month of September but due to reasons unknown the film release date has been postponed to February and Shahid is very happy with the news as he will get to be with Mira Rajput during the delivery.

We only got a glance of Mira Rajput baby bump during her early stage of pregnancy, after that Shahid never let Mira face the paparazzi. But yesterday Shahid Kapoor shared a very cute picture of himself with Mira Rajput flaunting her baby bump. Mira Rajput who is nearing to the delivery as she is eight months pregnant looks glowing and pretty gorgeous with her cute baby bump. Have a look:

This picture seems so Awwwdorable!