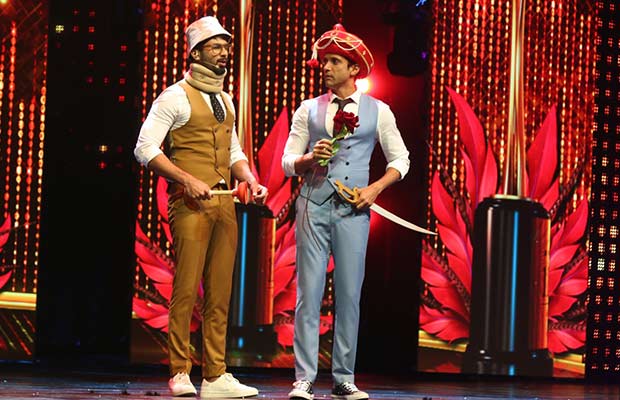 Shahid Kapoor steals the show at the recent award function in an all antique gold coloured suit!

Shahid Kapoor who recently hosted one of the biggest award functions at Spain, Madrid has made a striking style statement at the event.

Shahid who recently won the title of “Best Dressed Man Of The Year” by one of the leading fashion magazines also had won accolades for his appearance and the kind of look that he had donned as Tommy Singh in Udta Punjab.

Now, the actor has once again made an impressive appearance at the award show in an all antique gold coloured suit with a white shoe! This particular look just stole the show and the actor carried it with utmost swag.

This particular look garnered immense appreciation by all fashion gurus and the actor’s fan. The actor has not only been proving his versatility in his roles and characters but also the kind of clothes that he is donning. Shahid has left no stone unturned to impress his fans and the audiences with an all-time different and unique outfits that the actor carries.

Shahid has proven why he bagged the title of best-dressed man!!!