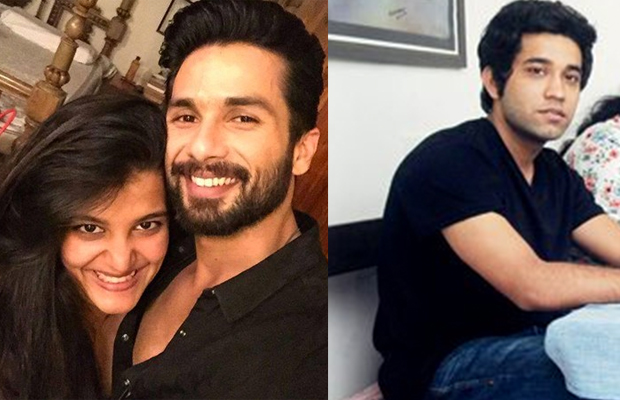 Though the family of Pankaj Kapur mostly comprises of artistes, the family believes in keeping their personal life low-key and out of the constant glare of media. Do you guys remember Shahid Kapoor’s real-life sister, Sanah Kapur, who played Alia Bhatt’s reel-life sister in Shandaar? Yes, the Gulaabo girl is engaged, soon to be married.

She is engaged to Mayank Pahwa, son of veteran actors, Manoj Pahwa and Seema Pahwa.

The news has accidentally reached the public’s attention. The beans were spilled by late Om Puri’s estranged wife Nandita Puri when she was narrating the events leading to the veteran star’s sad demise. Reportedly, the late actor had stopped over at Nandita’s house to meet their son, Ishaan. However, as reported, the mother-son duo had stepped out to attend a party. In the same conversation it came to light that they were attending was actually Pankaj Kapur’s daughter, Sanah‘s engagement ceremony.

She went on with the other details. Seems like it was a hush-hush affair just like her brother, Shahid’s wedding ceremonies.

Well, lovely news for the bride to be and the happy families. Hearty congratulations to one and all.

Soon, it will Gulaabo playing for the bride to be in her actual bachelorette!!