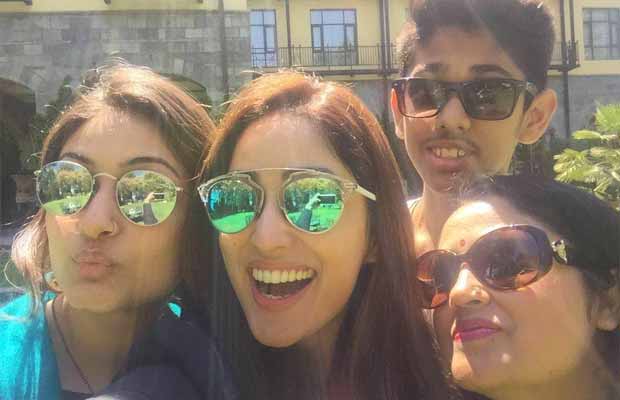 [tps_footer]Yami Gautam whose last outing Sanam Re created quite a buzz at the box office and amongst audience will soon be kick starting the shoot of her forthcoming film Kaabil.

The actress will be starting the first schedule of the film in which she would be seen opposite Hrithik Roshan.

However, Yami who is very close to her family who reside in Chandigarh wanted to take a quick break and spend some quality time with her family before getting occupied with her film shoot.

And so Yami went on to Shimla with her family and treated her family with a brief outing with all the family members. Along with her mother, father, younger sister and cousin they took to Shimla and had an amazing family time!

It was nostalgic for Yami‘s mother who has completed her schooling in the town and had spent her childhood there.

The actress is now back in the city and will soon get on to shooting her forthcoming film. The actress will be seen playing a character of a blind girl in the film and so Yami was engrossed in taking several workshops for getting into her character.

The Vicky Donor actress, an outsider has made quite a mark in the industry all by herself and has paved her way in B-Town.

Yami adds, Had not taken a holiday in the longest time.And nothing better rejuvenating wth family & Himachal will be always home for me.[/tps_footer]