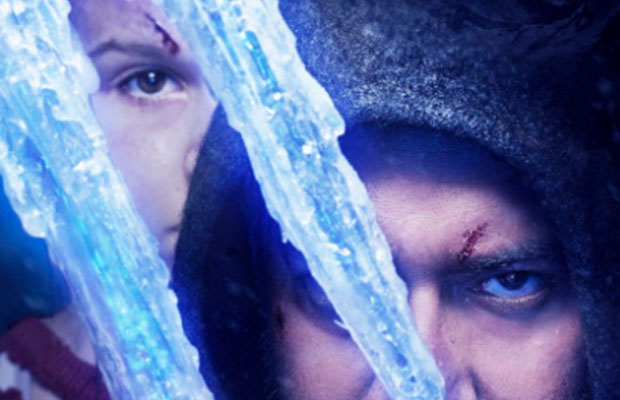 The trailer of Ajay Devgn starred Shivaay came out a few days ago. It received an enormously positive response from people all over the country. The trailer looks quite thrilling and power-packed. Well, Ajay’s stunts in it are mind-blowing.

Today, the team unveiled yet another poster of the film. In the film, Ajay’s angry expression can give goose-bumps. It seems like the actor will play a powerful and strong badass in the film. Well, it mentions that the trailer has crossed more than 25 million views on its release.

Shivaay will be clashing with Karan Johar’s Ae Dil Hai Mushkil. Well, on the clash, the Golmaal actor stated that he never wastes his time on thinking about others’ films. Ajay seems to be quite confident about his film. He reveals that he only wants to focus on his film and nothing else.

The film also stars Sayyeshaa Saigal and Erika Kaar in vital roles. Shivaay is made under the banner Ajay Devgn FFilms and Pen India Limited. On the other hand, Karan’s ADHM has an ensemble cast of Aishwarya Rai Bachchan, Ranbir Kapoor, Fawad Khan, and Anushka Sharma. Apparently, Shah Rukh Khan will also have a cameo in the film. The trailer of Karan’s film is not yet out. So, it would be interesting to see how will the audience react after seeing its trailer as Shivaay’s trailer looks superb.

Shivaay and Ae Dil Hai Mushkil, both the films will hit the screens on October 28.