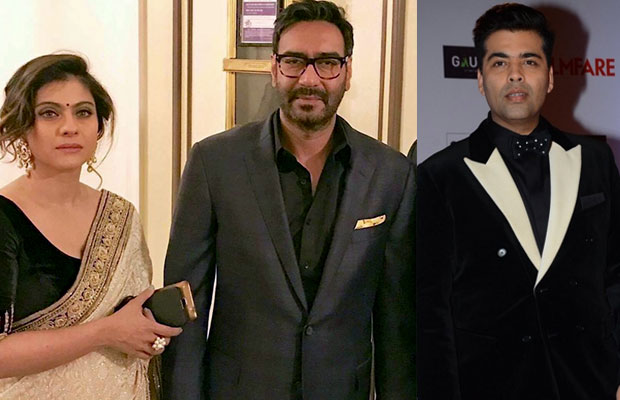 Diwali 2K16 will witness the clash of titans at the box office as Ajay Devgn’s Shivaay and Karan Johar’s Ae Dil Hai Mushkil will be at loggerheads. Ae Dil Hai Mushkil and Shivaay have tried to steal thunder from each other on various occasions. The makers of both the films have played it smart by releasing the promos and songs one after another. The makers of both the films are leaving no stone unturned to maintain the hype of their films. Recently, the Ae Dil Hai Mushkil Team- Ranbir Kapoor, Aishwarya Rai Bachchan and Anushka Sharma made their presence on The Kapil Sharma Show on Wednesday. It is believed that the trio pleased the crowd and the stars had a gala time on the show.

Now, it is Shivaay’s turn as Ajay Devgn takes the film to the popular comedy show. The actor will not only be seen along with his co-stars Erika Kaar and Sayyeshaa Saigal but Devgn’s ladylove Kajol will also accompany him to the show for the promotion of Shivaay. Team Shivaay will shoot for the show tomorrow on Saturday. The adorable real life couple will make their presence on The Kapil Sharma Show for the first time.

The actor-filmmaker has surely played the cards well by taking his wife Kajol for the promotions in order to keep the buzz of Shivaay intact. Recently, Kajol even accompanied Ajay for the US promotions of Shivaay. It seems that the clash between both the films have surely made the relations between Karan Johar and Kajol very sour and the actress is completely supporting her hubby over her best friend KJo.

Well, let’s wait for the films and we hope both the films do well at the box office.