Crass language and below the belt shots are a common eye sore on social media these days. It’s even more appalling to see public figures mud-slinging and sl*t shaming on social media. The recent episode was between Ayesha Takia’s husband, Farhan Azmi (who is also the son of Samajwadi Party’s Maharashtra Unit Chief, Abu Azmi) and Esha Gupta, who was last seen in Akshay Kumar starrer Rustom.

Recently, Abu Azmi shared his distasteful view on the mass molestation incident in Bengaluru on New Year’s Eve. In his statement to a leading daily, Azmi had said that molestation is unavoidable since women are of the opinion that being bare is in fashion.

Taking a dig on his repulsive statement was Esha Gupta. She took to the micro-blogging site and wrote, “The only woman to blame here,n she probably would have blamed herself too, is the woman who unknowingly gave birth to a jerk like u#AbuAzmi” 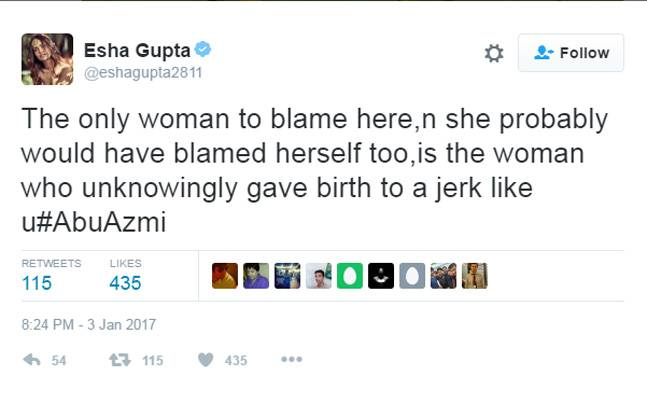 The son came to his father’s rescue and Farhan tweeted, “Esha, woman who gave birth to @abuasimazmi is my grandma, who is no longer amongst us to defend herself. She was far more dignified than U” 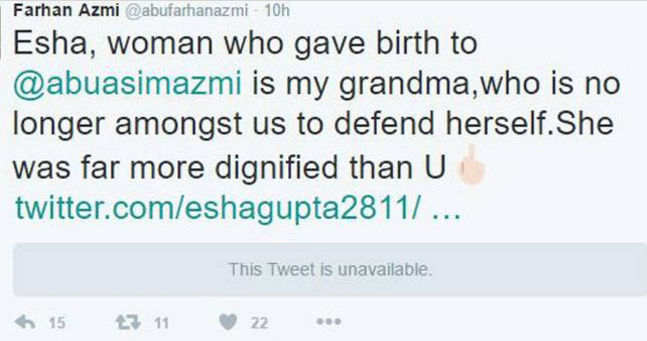 He didn’t stop there.

“Tan bechakar do rotee jo kamae use ham veshaya naam dekar zaleel karate hain, dusri or tan ki numaish kar karodon kamaane vaalon ko sammaanit @eshagupta2811 kyun?” (We shame women who sell their bodies for basic necessities, and on the other hand, celebrate the one’s who exhibit themselves to earn millions. @eshagupta2811, why?) 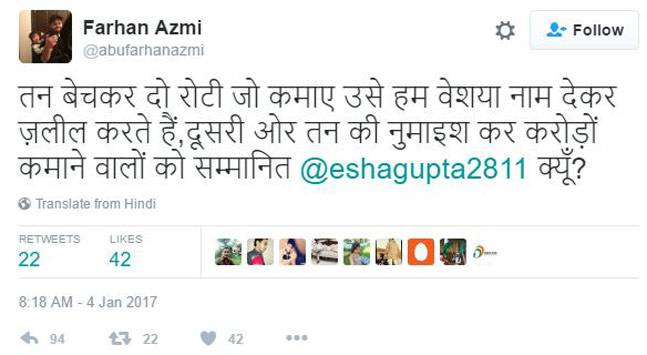 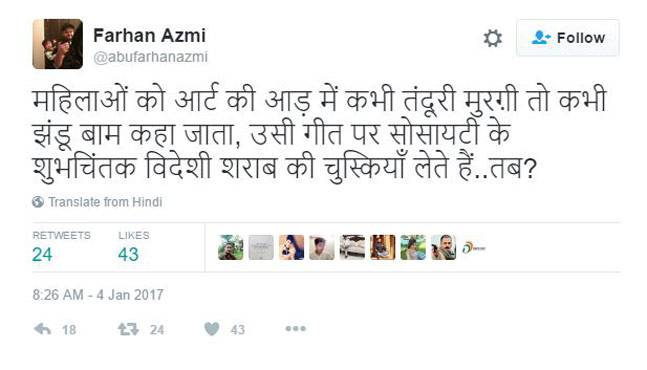 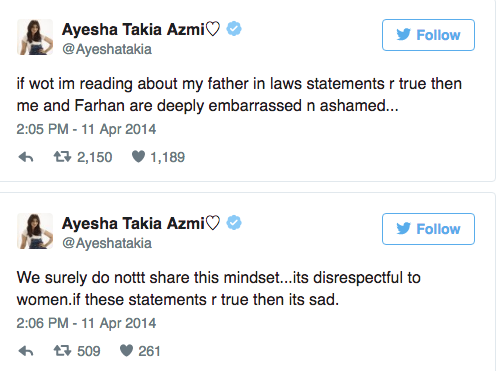 This is not the first time, Sr. Azmi has a history of making insensitive remarks on sensitive issues like women safety. Back in 2014 too he made a statement that rape should be punishable to not only men but also women as they are equally responsible for the act.

Can’t help but imagine, where the discourse on this issue has gone and why sl*t shaming is the single most powerful tool men resort too?