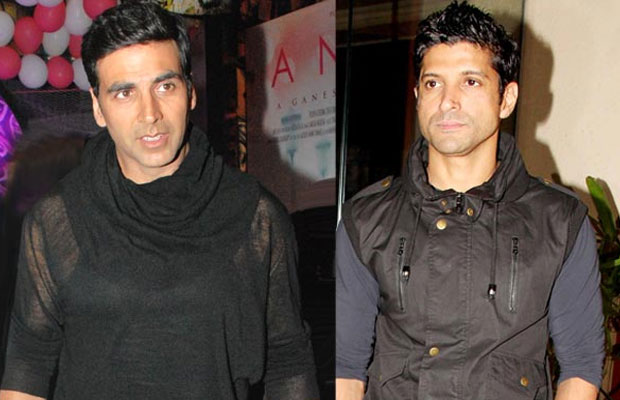 Akshay Kumar has ventured in different kinds of films over his filmi career. He started out as an action Khiladi hero and then ventured in comedy and now is doing a string of patriotic sort of movies like Baby, Holiday, Rustom and Airlift. He ventures in all these genres simultaneously as well.

Akshay is coming up with yet another film with nationalist feelings in it called Gold. It is a sports period film and is set in the backdrop of the 1948 London Olympics and narrates the story of independent India’s first ever gold medal win at the Olympics.

The movie is produced under Farhan Aktar’s banner Excel Entertainment which is also the first time collaboration for Akshay. There were reports that director Reema Kagti was keen on roping Farhan Khan in an important role, but it was turned down by the Rock On 2 star. He reportedly had apprehensions of playing a second fiddle to Akki.

YOU WON’T BELIEVE WHY FARHAN AKHTAR REJECTED THE ROLE OPPOSITE AKSHAY KUMAR, CLICK NEXT!