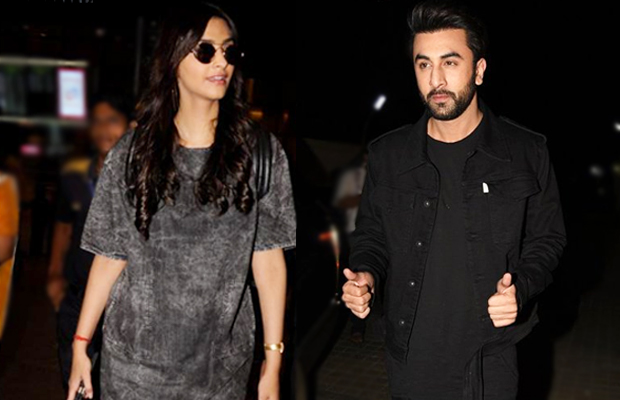 It was Sonam Kapoor who showed up at the party and left many eyebrows raised. Ranbir Kapoor and Sonam made a debut together in Sanjay Leela Bhansali’s ‘Saawariya’. Rumours tell that the Saawariya stars shared a romantic bond beyond professional relations and later grew apart by not being on talking terms.

On the other hand, Sonam appreciated her friendship with Ranbir Kapoor and recalled how he has been friendly with her.

Such interviews marked a ray of hope for their bond to get back again and as per sources, both have happily agreed on working together for Sanjay Dutt’s biopic directed by Rajkumar Hirani. In fact, sources tell that Sonam stayed for quite a long time and had a nice gala time with Ranbir Kapoor at the party.

Although, it’s not yet clear as to what the two buddies were talking about but it seems both have given thoughts over bonding again and sharing screen together soon after 10 long years after Saawariya. The film is facing hurdles but is expected to release during Christmas 2017.

It is believed that Sonam will not play any specific character but will play an amalgamation of the ladies Sanjay Dutt had in his life. Now that’s interesting for both Sonam and Ranbir fans!