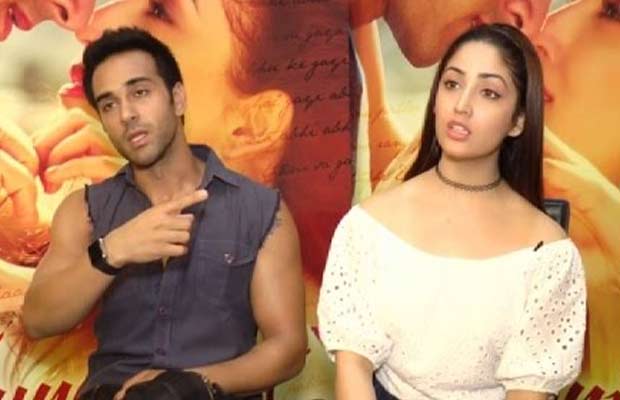 [tps_footer]Pulkit Samrat is lately in news for all the wrong reasons. Recently, the young actor was in the headlines as he misbehaved with a photographer. After that incident, once again Pulkit has shocked everyone to the core. The actor is recently seen in the film ‘Junooniyat’ and seems like he is not too happy with the same.

‘Junooniyat’ stars actors Pulkit Samrat and Yami Gautam in lead roles. The film has flopped at the box office and actor Pulkit is anger filled for the same. Both Yami and Pulkit earned a good amount of fan following for their film ‘Sanam Re’. The songs of their previous movie were liked but the same did not happen with ‘Junooniyat’.

The film has hardly earned any credible amount at the box office. Pulkit Samrat who is lately known for his mood swings recently did something unthinkable. The actor was engaged in a heated argument with the producers of the film. Pulkit stated that the makers have not spent enough money on the promotions of the film.

Reports now state that Pulkit Samrat was in the dressing room to get ready for the event. The actor was all miffed with the producers when he was getting ready and asked the hair dresser how much will it cost if he broke one or two tables.

The hairdresser preferred not to respond and continued with the work. Pulkit then threw a Maharaja chair across the room which broke into pieces. The actor then went to the hotel manager and told him that the chair was broken. Samrat then told the manager to collect the damages of Rs.50, 000 from the producers itself.

Well, Pulkit surely needs to keep his aggression under check.