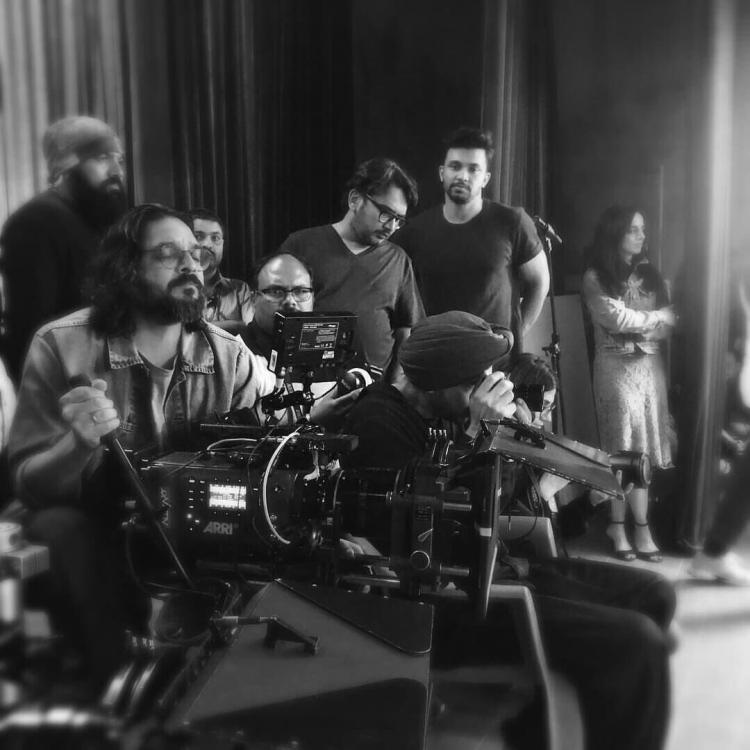 There is no denying that Bollywood actors Shah Rukh Khan and Anushka Sharma make an adorable pair onscreen. After their 2012 last film- Yash Chopra’s ‘Jab Tak Hai Jaan, fans have been eagerly waiting to see them together on screen again. Finally, the two will be seen together in Imtiaz Ali’s next, tentatively titled ‘Rahnuma’. The film has raised the curiosity among the audience ever since it was announced.

The first look poster of the film was released some time back. However, the title of the film has not yet been finalised. But is said to be titled as Rahnuma, which means a guide or leader in Urdu. Well, now another photo of Shah Rukh Khan from the sets of the film has gone viral. The black and white picture sees crew members in action. Reprtedly, the man in the turban is said to be Shah Rukh Khan. However, the picture is not clear.

During one of the interviews, director Imtiaz Ali had revealed that he decided to cast Shah Rukh Khan in the film simply because the two of them wanted to do something that they hadn’t done so far. He even revealed that he didn’t want to ‘fall into the pattern’ of making certain films and on another hand, SRK wanted to break out of the pattern he was following.

So was Imtiaz Ali talking about the never seen avatar and character of Shah Rukh Khan in the film? After seeing the above pic, we think so. Talking about the film, reportedly, the plot of the film apparently revolves around the engagement ring of the character played by Anushka Sharma. It is about how she loses the ring and her guide, played by SRK, helps her in finding the same. The film is releasing this year in August.