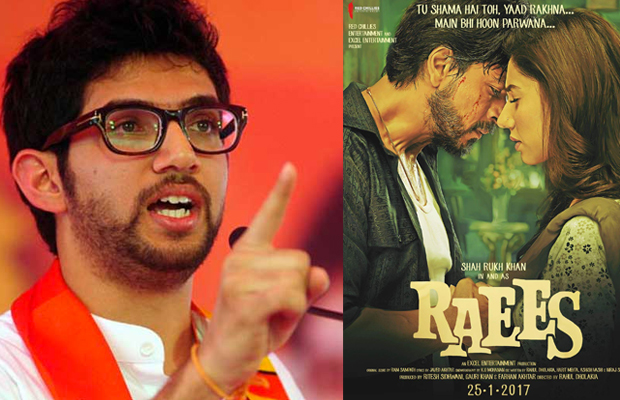 It seems as if Shah Rukh Khan’s film Raees will be in trouble now. The actor even went to Raj Thackeray and made sure MNS doesn’t enforce any ban on his film but he didn’t have any idea that other problems were already waiting for him.

According to a leading distributor who covers Chattisgarh, the Shiv Sena has sent threat letters warning them of consequences if they are to go ahead with the release. The letter has been sent to Akshaye from the political party’s Chhattisgarh wing.

Akshaye has been trying to bring the issue to the notice of the Sena youth president Uddhav Thackeray and has tweeted the letter on his timeline and it’s shocking. Look at it!

Raees is set to release on January 25 and is directed by Rahul Dholakia. The film stars Shah Rukh Khan and Pakistani actress Mahira Khan as the lead and even has Nawazuddin Siddiqui in a pivotal role.

Well we are still waiting for Shah Rukh to respond on the matter.