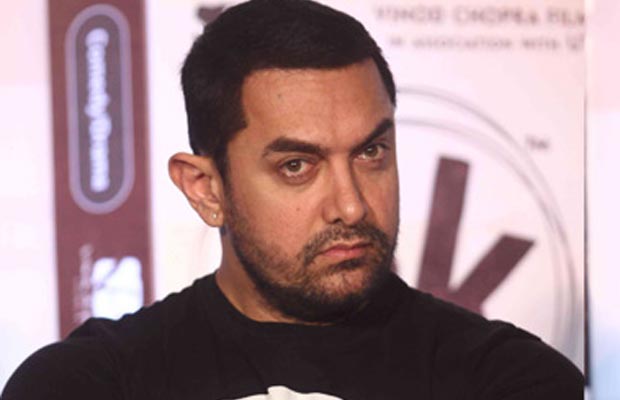 Bollywood actor Aamir Khan, who has been working on his next movie ‘Dangal’, got injured on the sets of the movie in Ludhiana on Saturday. According to reports, the actor is suffering from muscle spasms in the back and thighs. Doctors have prescribed two days of bed rest to Aamir before resuming work. The sources also informed that the muscle spasm was a result of the intense workout schedule which Aamir has been following for the film, along with practising wrestling for long hours to complete the shoot.

Aamir has returned to Mumbai to take a break from the hectic shooting schedule. Aamir’s spokesperson said that following the injury Aamir had been advised to take 24 hours of bed rest in Ludhiana. Since he didn’t recover in 24 hours, he has been asked to take eight days break to recover from the injury. Until he recovers properly, the shoot is stalled.

The film is based on the life of Haryana-based wrestler Mahavir Singh Phogat. who taught wrestling to his daughters Babita Kumari and Geeta Phogat. For this role, Aamir had put on a lot of weight. He was scheduled to undergo training and lose weight from December for essaying the second phase of Mahavir Phogat’s life. The accident has most likely stalled the plans. The unit of the film, which also stars Sakshi Tanwar, Fatima Sana Shaikh and Rajkumar Rao is on a break until Aamir is able to resume work.

Directed by Nitesh Tiwari, the movie is scheduled to release next year during Christmas weekend.