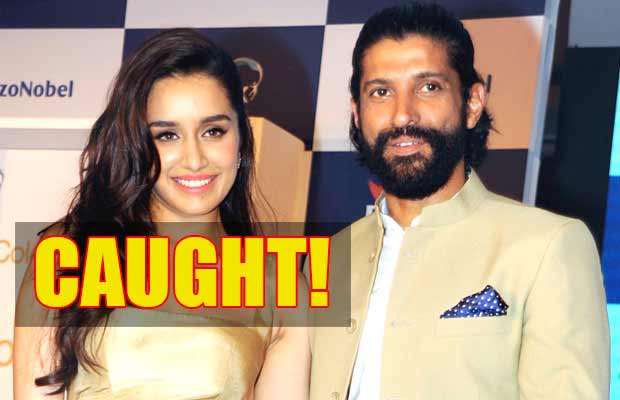 [tps_footer]Shraddha Kapoor is on cloud nine with her super hit spree. The young actress who was last seen in the film ‘Baaghi’ will now be seen in the movie ‘Rock On 2′. Bollywood celebs can never wash away link ups. Amazing actress Shraddha is also not spared of link ups in the tinsel town. The beautiful starlet was initially linked with Aditya Roy Kapur and is now garnering headlines for Farhan Akhtar.

Farhan Akhtar who is quite secretive amidst the paparazzi garnered all the attention lately for parting ways with wife Adhuna. The actor since his separation has been linked with many B-town beauties. Farhan who will star in ‘Rock On 2′ opposite Shraddha was known to be close to the actress. Both Shraddha and Farhan were speculated to be seeing each other.

Apart from Shraddha Kapoor, Farhan Akhtar is also named beside Aditi Rao Hydari and Kalki Koechlin. Nevertheless, the multi-talented actor has denied all the rumors. The rumors regarding the Ek Villain actress and Farhan were all calm now.

Chirpy actress Shraddha gave rise to more smoke when she confessed something adorable for Farhan Akhtar. In an interview the starlet confessed that she would like to go on a long drive with Farhan and no one else. The cute young star also added that she would ask Farhan about how he prepared for his role in ‘Bhaag Milkha Bhaag’.

Well, we cannot help but glare at Shraddha’s wish to go on a long drive with Farhan. Many reports suggested that Shraddha and Farhan are spending quite a lot of time on the sets of ‘Rock On 2′. With this long drive wish, the talks about their relationship have started again![/tps_footer]