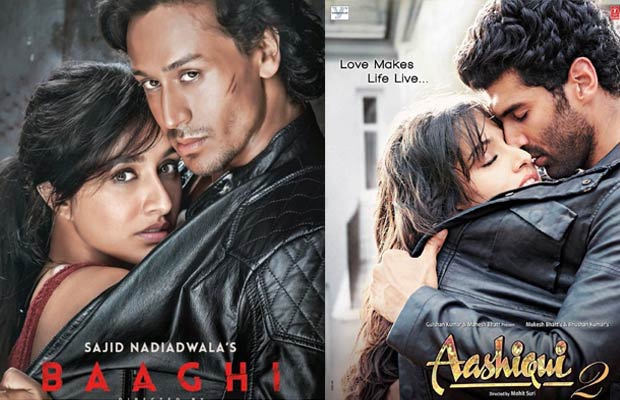 [tps_footer]Shraddha Kapoor and Tiger Shroff will soon be seen in the film ‘Baaghi’. The two actors are already making the masses drool with their hard core image in the poster of the film. However, what has caught all the attention lately is the high degree of similarity between the posters of ‘Baaghi’ and the film ‘Aashiqui 2′.

Seems like, the hangover of ‘Aashiqui 2′ is not going to end so soon. The ABCD 2 actress Shraddha Kapoor climbed the success ladder in a super-fast pace with the romantic sequel. Yet again the actress is ready with her romantic yet sturdy movie ‘Baaghi’. 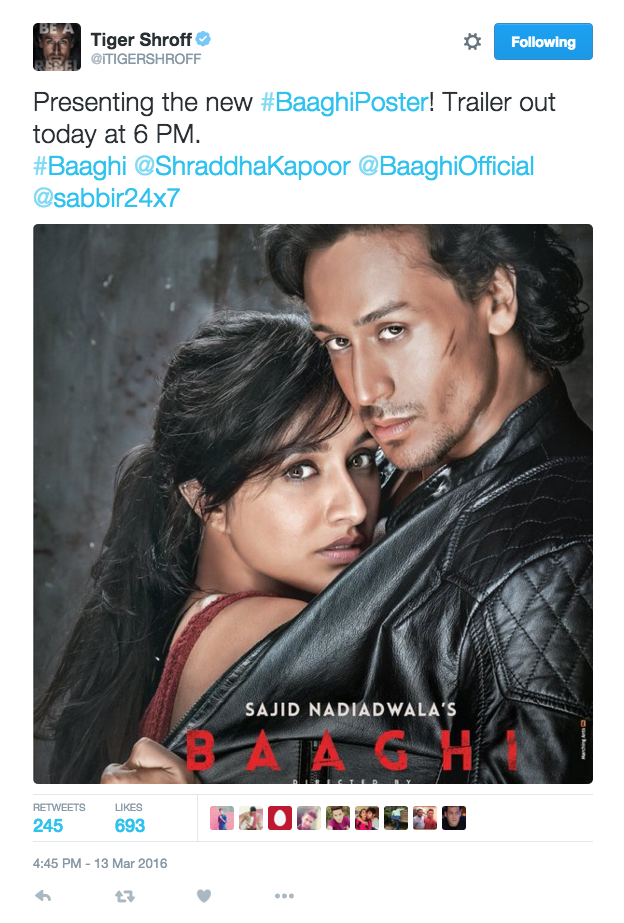 With a similar composition and bit of different expressions, both the posters have loads of similarities. Shraddha and Tiger starrer film ‘Baaghi’ is directed by Sabbir Khan. The plot of the movie is expected to be a love filled one with a dash of action.

With a fresh on screen pairing, the audience is already waiting with bated breath to witness the film. The film is slated to hit the screens on April 29th, 2016.[/tps_footer]