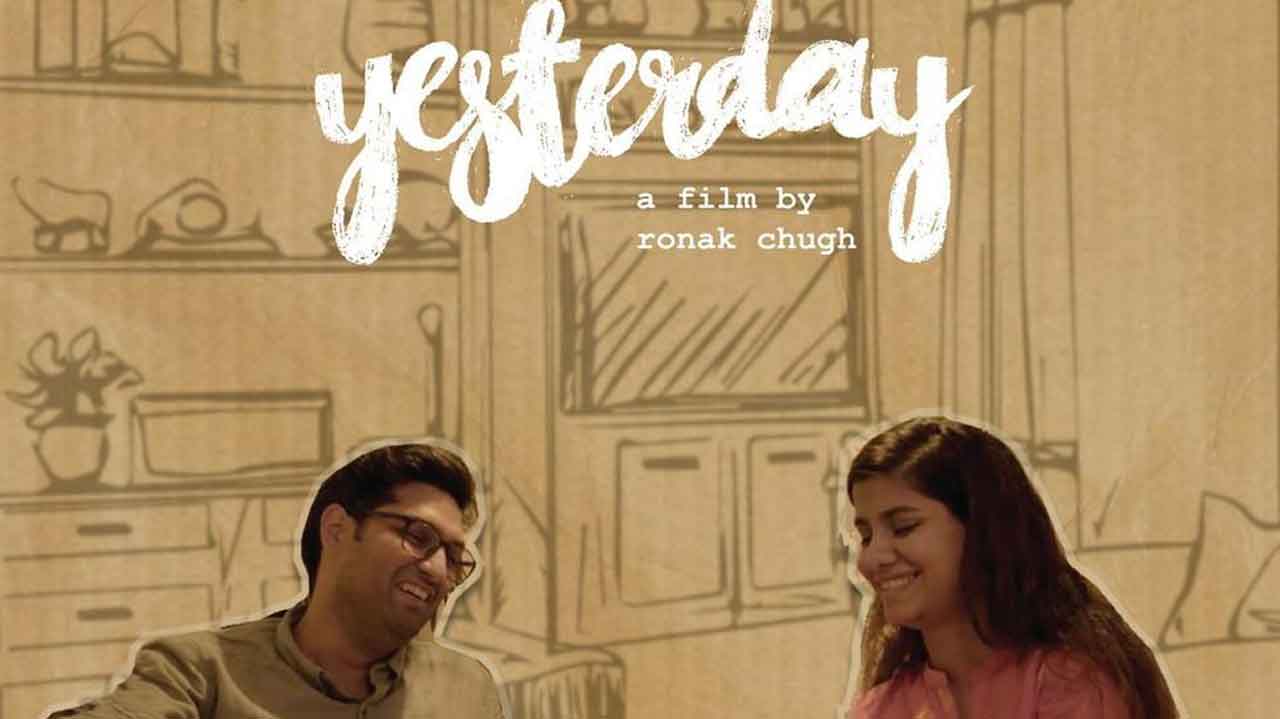 We’re talking about that one love you found in college that you just could not get over. You try, you try harder and yet, you just can’t let go. Gautam (played by Kunaal Roy Kapoor) and Shruti (played by Shreya Dhanwanthary) are shown in that exact “phase” of getting over what the short film is called, “Yesterday”. Unlike the usual “mantra” you read online about getting over your ex, these two seem to be in touch, know where each other stay and even hang together.

Ofcourse, Shreya delivers when she shows the connect and chemistry with Kunaal on screen. The girl who knows everything that’s going on in his mind, the thoughtful concern over him finding a new date and the emotions that burst in your eyes when you talk to someone you once loved. She has all those parts done extremely well.

Despite the rosy chemistry we talked about in the film, still waters run deep. Shreya is confident on screen and speaks through her eyes, exactly what the role demands. The stern face you show to your ex to hide all your emotions so that he does not dive back into love, that’s exactly what she makes you feel.

And then she bursts the bubble, slowly but surely. She announces that she is getting married to “Ashwin” – the new guy in her life. Ofcourse, the news is not good but she tries to make good out of the situation, only to stir all the emotions within. That is when you can see how Shreya’s performance looks effortless and so natural that it reminds you of the real pain of a breakup. You know you never would’ve been the same person without them, but at the same time, you’d never be the right person if you didn’t let them go when it was time.

Breaking up can be so hard to do. And yet, when one or both of you have outgrown the relationship, your adjustment can be inspired by a sense that it’s over and moving on is truly for the best.

Finally, you seen the irony and sympathise with both the actors, the difficult dilemma and such a painful situation. It’s clear she has decided to move on and has got over the distress. Don’t worry, this short film by “Terribly Tiny Talkies” leaves you smiling in the end showing how everyone moves of no matter how things seem in life. The story comes to a close when they show how Gautam has finally moved on and started head on with his new life.