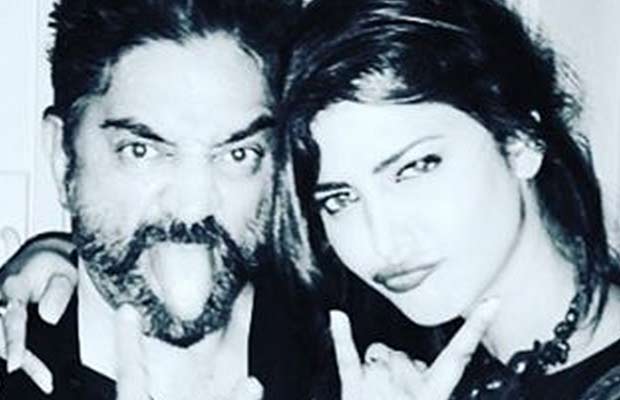 The chirpy actress of the tinsel town Shruti Haasan is surely making a considerable mark in the industry. The actress who is labeled as the girl next door of Bollywood is racing fast towards glory with the success of her last film ‘Welcome Back’.

Well even though Shruti loves to be reserved from the media glare, the diva is mischievous to the core. Kamal Haasan who is surely all smiles for his daughter’s success is also a very evident part of Shruti’s spontaneous stints. The highly talented father-daughter duo is unbeatable when it comes to doing something out of the box.

Recently, Shruti took to the photo sharing app instagram and posted a picture of herself with dad Kamal Haasan. The actress posted a metallic themed picture of the two with funny gestures made by Kamal Haasan. It is definitely a treat to see Kamal Haasan out of his serious and intellect image. The cute diva captioned the picture saying, “Heavy metal runs in haasan blood !!!” 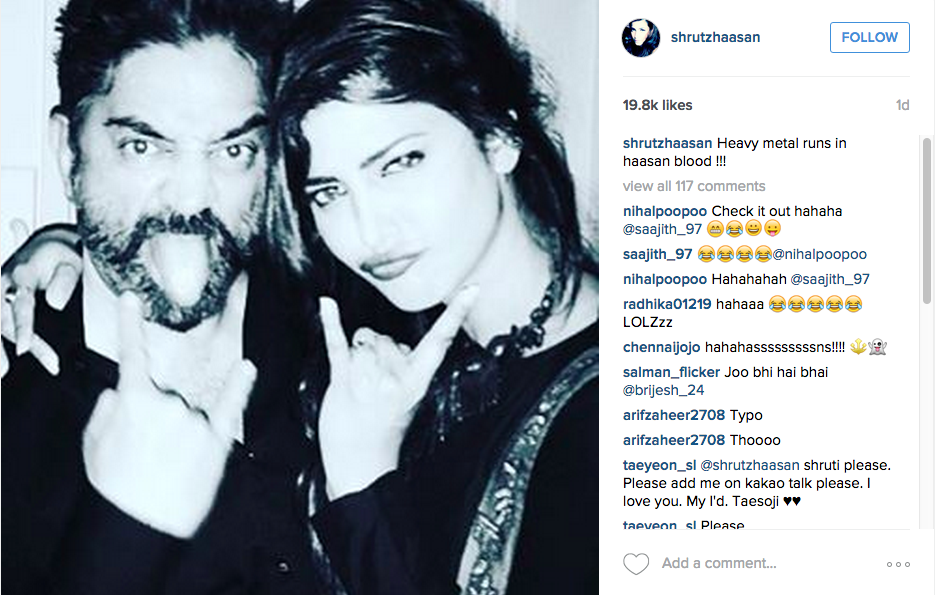 Must say the family surely has creativity in their veins. Kamal Haasan was much in news recently when he stated that he would be taking a three day workshop in the month of November for the workforce of the industry. The versatile actor who loves experimenting with his characters is going to take up the workshop to enhance the technical skills of the industry artists. It is said that around 10,000 personnel from the industry will form a part of this initiative.

Coming to beautiful actress Shruti, the girly star was last seen in the film ‘Welcome Back’ along with Nana Patekar, Anil Kapoor, Paresh Rawal and John Abraham. The movie has witnessed a great response at the box office. Further, Shruti was much in limelight when she apparently walked out of Milan Luthria’s upcoming film ‘Baadshaho’. The film stars Ajay Devgn in the main lead.