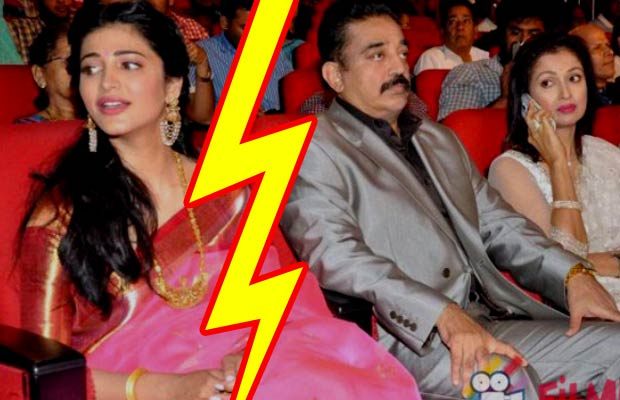 [tps_footer]There have been baseless rumours doing the rounds about actress Shruti Haasan‘s apparent disagreements with Gautami Tadimalla who’s the stylist on her film with her father Kamal Haasan – Sabash Naidu.

Setting the record straight and putting an end to all the rumour mongering, her spokesperson says “Being someone who’s a fashion favourite and followed extensively for her style, it comes as no surprise to see Shruti’s clear minded approach to even her looks in her film. While being very hands on, she also ensures she’s collaborating with the producer and director to freeze on her look so that everyone’s vision is taken into account. Her role in her father’s film is that of a young, feisty gal who’s grown up in Los Angeles, who uses fashion as an expression of her quirky and devil may care attitude. Keeping this brief in mind, Gautami brought in a set of clothes for Shruti when the look test was happening in the pre production stage. Styling being a collaborative and subjective effort, needs inputs from the producer, director and the actor and giving the stylist feedback, redoing looks etc is standard procedure. The core team mutually felt the look needed more to be added and specific feedback was shared with Gautami. Being a thorough professional herself, Gautami understood and brought in a new lot of clothes which seemed to work better. Shruti infact, added in elements from her own closet to help Gautami and to really make the looks pop given that she has lived in LA herself and is someone with a very distinctive sense of style.”

Talking about their offline equation, an industry source reveals, “Shruti and Gautami have always shared a good equation. Shruti and her dad share a very lovely and open relationship thanks to which Shruti has been very welcoming of Gautami into their little family. Gautami was present in Chennai for Shruti‘s birthday bash as well and their comfortable chemistry was there[/tps_footer]