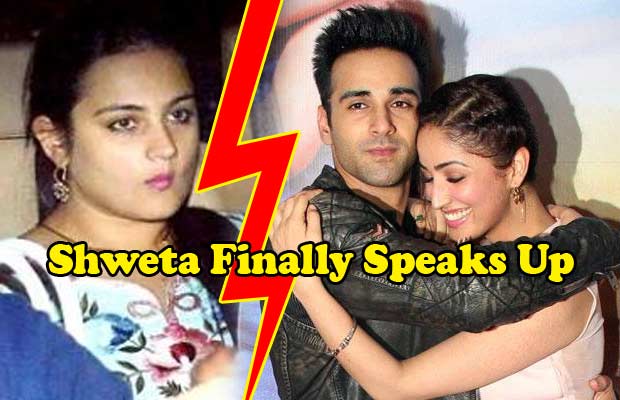 [tps_footer]Pulkit Samrat and Shweta Rohira are making all the headlines for their much in limelight separation. Shweta and Pulkit  got married in the year 2014, in the month of November, however, after nearly few months of marriage, the two decided to part ways. Their immediate separation surely raised many eyebrows. The separation between Shweta and Pulkit came as a shock as both of them decided to marry each other after dating for a significant time.

The reason behind the ugly separation between Pulkit Samrat and Shweta Rohira is assumed to be Pulkit’s closeness with actress Yami Gautam. It was being said that Pulkit Samrat and Sanam Re costar Yami Gautam shared a very close bond with each other and this irked Shweta which is why she decided to end their marriage.

However after all the floating speculations, Shweta has finally confessed on the relationship between husband Pulkit and actress Yami Gautam. Shweta when asked about the alleged affair said, “That is ridiculous. I know my husband and Yami is the last person he would want to be involved with. In fact, he didn’t even want to do films with her — he has acted with better actresses. Eight years ago, he had done a music video with her and at that time he wasn’t even talking to her. Yami always had her eyes on him, but Pulkit never had the hots for her.”

Denying all the reports which suggested Pulkit’s affair with Yami, Shweta further added, “Even now when he was offered Junooniyat and Sanam Re he did not want to do them. It was I who told him it’s okay to do Junooniyat with her. In Sanam Re, initially, another girl (a friend of mine) was considered, but at the last minute it fell through and Yami came on board. But I had loved the story and had full faith in Divya (Kumar, director), so I insisted that Pulkit do the film. I know that there is nothing going on between them.”

Lastly on reuniting with husband Pulkit Samrat, Shweta Rohira replied calmly saying, “Pulkit and I haven’t talked to each other about it, so I don’t want to discuss it.”